After the fight: Holland is reported

Peter Holland reports for the fight in yesterday's SHL meeting with Luleå. It announces SHL's disciplinary committee. At the same time, Luleå reports that Fredrik Styrman, who was taken to hospital, suffered a concussion. 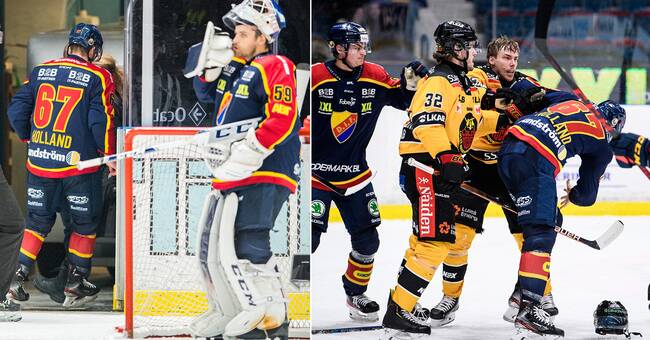 It was at the end of the first period in the meeting between Djurgården and Luleå that the home team's Peter Holland received a match penalty after throwing the gloves in a fight with Luleå's Fredrik Styrman.

"There is one second left of the first period and the goalkeeper blocks the puck in Luleå's defensive zone.

Luleå player no. 2 Fredrik Styrman hands out a crosschecking in the side of Djurgård player no. 67 Peter Holland who throws off both his gloves.

Holland pulls off Styrman's helmet and deals a blow to the head and then changes hands and strikes a hard blow straight in the face at Styrman.

The helmsman was taken to hospital

The helmsman, who was sent off for two minutes, was taken to hospital.

He has received two real blows to the head.

I have not spoken to him this morning but I am on my way to him now, he says.

- The plan for him now is that he goes home to Luleå.

We meet Brynäs on Saturday, but he has to return home.

Do you know how long he will be gone?

- No, the medical team must answer that.

Djurgården lost the match 4-6 and now has seven straight losses and is last in the SHL.

CLIP: Here he throws the gloves - Luleå player to hospital