It had been a long time since such an absent-minded rival had passed through the WiZink. Panathinaikos spoiled their good reputation in an exercise of reluctance that Real did not miss ... 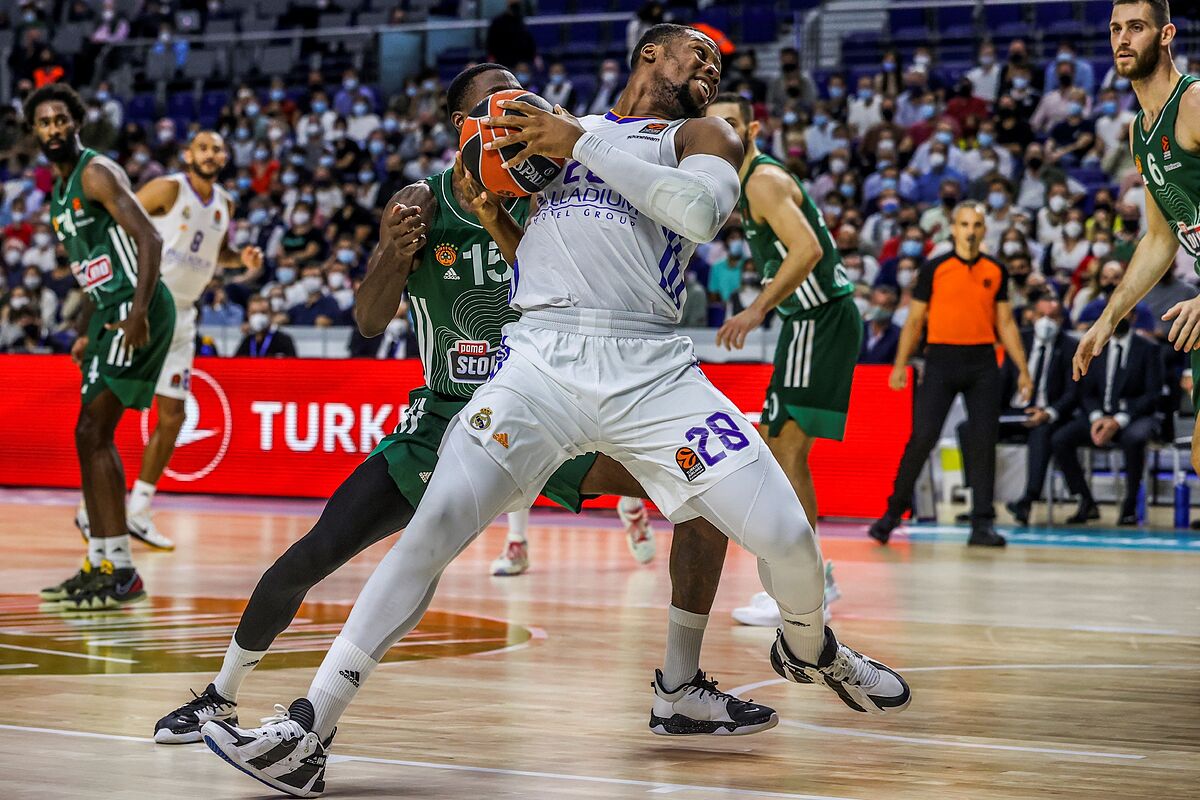 It had been a long time since such an absent-minded rival had passed through the WiZink.

Panathinaikos tarnished their good reputation in an exercise of reluctance that Real Madrid did not let go of, despite being infected for a long time.

What happened to those fierce greens.

The final score did justice to a neat task for the Whites for the third win in the Euroleague, all at home.

who are already a constant of illusion.

It was Tavares the unapproachable, against whom Panathinaikos never had arguments, who had his own nightmare on the rebound.

First he was beaten by Abalde and finally, when he still had a thread of life, Rudy finished him off, if he knows anything about closing games.

It is difficult to recognize in this Panathinaikos some of the features that made it legendary.

Beyond the green of his shirt and the shamrock of his shield.

Papapetrou and the giant Papagiannis try to maintain the Hellenic ADH, but the gang of Americans, most of them newcomers, are so lost under the orders of the debutant Dimitris Priftis that very soon Madrid sensed the bite.

With the Heurtel-Tavares connection and, above all, with the emergence of Abalde, a novelty in the starting quintet.

The Galician showed his usual ambition and this time he found a prize from the perimeter.

He hit with his first three triples and went to rest with 14 points after an 'NBA dunk' crossing the area as if they had put a red carpet on him.

Madrid came to practically double the PAO (35-18), now testing with its two giants on the track. But right there, when it should have broken everything, the trigger jammed. Such was the superiority, the sheer defensive inertia that clouded the Athenians, that Laso was not amused by the small disconnections of his own, as infected by the rival's laziness. Because only two days ago in this same scenario Monaco rallied them 25 points. And if those lessons are not learned, they end up becoming entrenched.

From the dressing room, Panathinaikos returned with three losses in a row from Kendrick Perry, but now Madrid were missing with the sword, as if the hoop had suddenly shrunk. And the distance, which for sensations should be oceanic, was so small that the Greeks followed with breath. It was a constant, like a cyclist doing the rubber, the Greeks clung to the night, now led by Daryl Macon. Despite the appearance of Causeur, this time the Gaul the piece reserved for the second part. And the increasingly oiled duo of Heurtel (seven assists) and Tavares.

Madrid needed a new impulse to escape the grayness and to avoid problems.

Because losses were a drag, especially Williams Goss entangled there.

And what a night of fireworks promised had turned into a tostón.

When as soon as the final act began, the new American base of Madrid lost it and committed an unsportsmanlike act, Laso had it clear.

Rudy and Llull to dance.

And thus greater evils are avoided.

With the experience of two of the greatest killers in the history of Spanish basketball, there was no longer a chance for the tenth victory of the season, the third in the Euroleague.

There was less trace of Abalde in the second half and Yabusele was a constant pylon hammer.