In a month it's winter. At least with us on SVT and hopefully with you on the TV couches. Because then we open the doors to the fifteenth season of Vinterstudion. As always, André Pops and Yvette Hermundstad lead the program together with Sweden's best winter experts. But this year, Vinterstudion also comes with a twisted view. 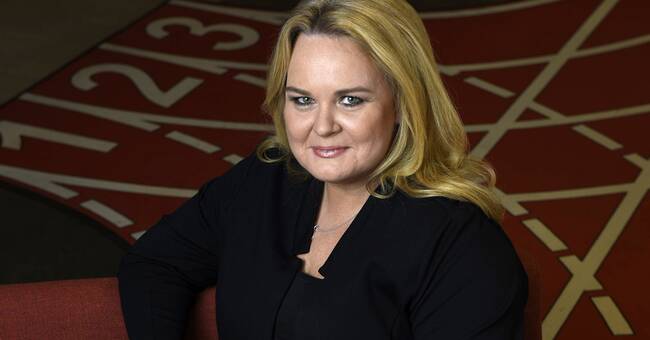 Winter weekends on SVT have been a matter of course for millions of Swedes since 2007 and our plan is to continue the strong tradition we have built together for many years to come.

But a redrawn rights map means that Vinterstudion, this season, comes in a somewhat new speed suit.

I have received many questions about this in recent months.

Here you can all take part in some of the questions and answers.

Are you going to broadcast Vinterstudion this season?

Of course we will broadcast Vinterstudion.

We aim for fifteen weekends, seven in the autumn and eight in the spring with a break during the Olympics.

We start the weekend on 13–14 November with the Swedish premiere in biathlon from Idre and the weekend after that it will be the length premiere from Gällivare.

Then comes the world cup premiere in biathlon from Östersund and then it rolls all the way to the Swedish Championships week in Piteå the last weekend in March.

What sports will you broadcast?

We have screwed our sights a few notches and now have the main focus on the World Cup in biathlon, the new right Ski Classics and some of the alpine world's top competitions.

Hanna Öberg cheers for the World Cup gold in Östersund.

Biathlon has in recent years emerged as the most popular winter sport in Sweden along with cross-country skiing.

The sport's built-in dramaturgy, where nothing is decided before the last shot, makes the competition exciting all the way to the finish.

And Swedish stars, such as Hanna Öberg and Sebastian Samuelsson, have built a strong blue-yellow commitment with their Olympic and World Cup medals.

We also welcome the cross-country skiing cup, Ski Classics, back to SVT.

Interest in long distance running has increased enormously in recent years, both among elite and exercisers, and even here Swedish stars are gaining ground.

Last season, Lina Korsgren won Ski Classics on the women's side and on the men's side, Emil Persson became the first Swede to take home the overall victory after many years of Norwegian dominance.

The Vasaloppet, which we will celebrate properly when the race turns 100 in 2022, is by the way one of the competitions that took place yesterday in Ski Classics.

Another news is that Vinterstudion also invites other major winter sports to the program.

Then there will also be a lot of alpine skiing.

We will broadcast 24 competitions from the World Cup with a focus on some of the most classic places such as Kitzbühl, Adelboden and Wengen.

Who will work with the broadcasts?

The radar couple André Pops and Yvette Hermundstad continue to be your safe weekend friends in front of the fire in the Winter Studio.

One of Sweden's most popular commentator couples, Jacob Hård and Anders Blomquist, will work with Ski Classics.

Why should you not broadcast the World Cup in length?

We will broadcast from the weekend in Davos in December and two days from the Tour de Ski, but from this season it is NENT that owns the rights to the World Cup in length and alpine (apart from competitions in Switzerland and Austria that SVT broadcasts).

SVT also broadcasts the season premiere in length from Gällivare and the Swedish Championship competitions in length in March.

We are going to make a really fun program investment, but you have to wait a few more weeks before we tell you about it.

Then I also want to strike a blow for "Vinterstjärnan" - a series in both SVT Play and in Vinterstudion - where you meet some of the winter world's biggest profiles.

We will also go in depth with burning topics and are grateful that big stars choose to tell us about their challenges on SVT, so we can take the story all the way home to you on the TV couches.

One month to winter then.

But if you are hungry for winter sports already now, do not miss the series "Best when it comes" which you will find in SVT Play.

Last season, our colleagues from SVT Gothenburg followed the Swedish cross-country team behind the scenes, in ups and downs.

Of course, I also recommend the World Cup premiere in Sölden on October 23-24, which we broadcast on SVT.

So warm welcome to the fifteenth season with Vinterstudion - a season with a twisted view.