If Pablo Laso had made a wish on his 54th birthday, it might have been a quiet night at the WiZink. A duel on track very soon, dominated from the ... 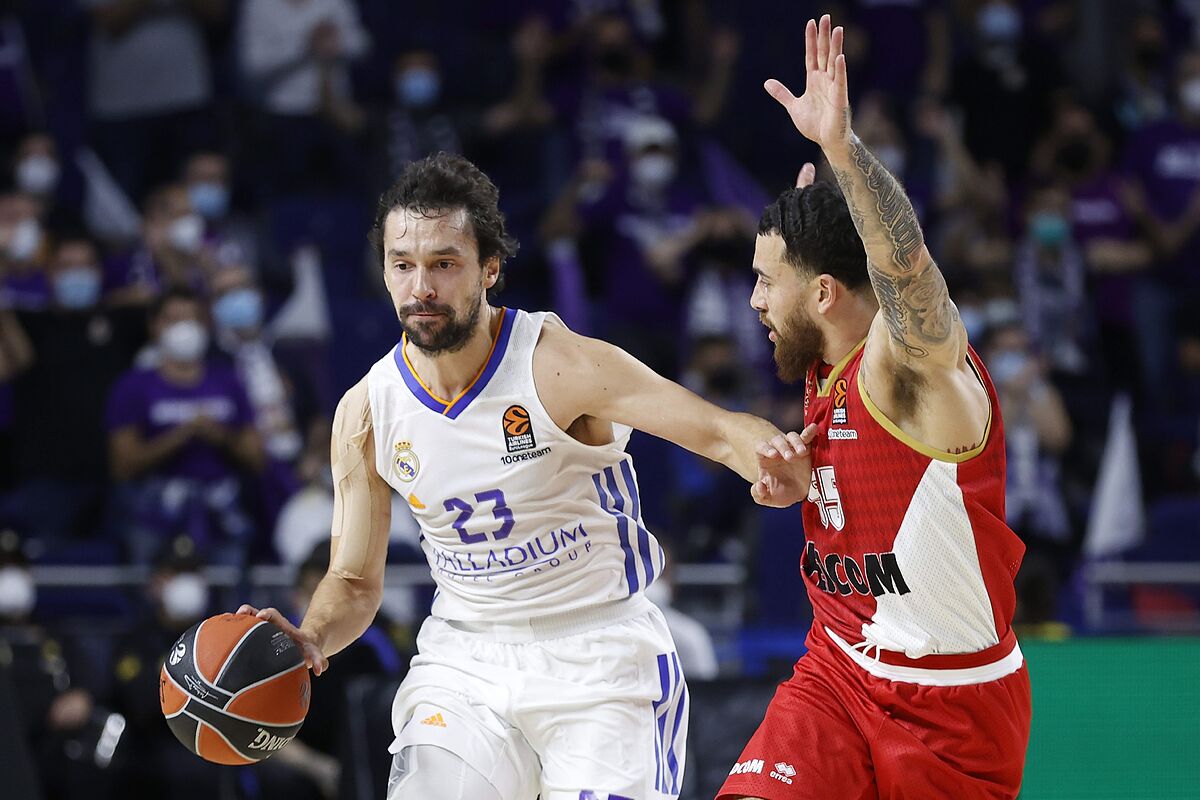 had made a wish on his 54th birthday, it might have been a quiet night at the WiZink. A duel on track very soon, dominated from the defense, won at a gallop, as the coaches well like. The AS Monaco blowing the sails of the Vitoria. Smiles and soon back home to the family. And to think about the next stake, on Friday against Panathinaikos. And for a moment everything seemed like this. Until

got out of the cake and insisted on trying to ruin the party. [94-86: Narration and statistics]

The Monegasques' resurgence was as wonderful as their staging was disastrous. At dawn, neither Mike James nor the millionaire owner - Ukrainian tycoon

, who rescued the team from the French third. Neither the audacity of the debutant in Euroleague (he took the last Eurocup) nor the confidence of the one who landed winning his first two games. Real Madrid welcomed him - the only precedent between the two dating from the 1988 Korac Cup - with a reality check: in the middle of the second quarter he was already down 25 (44-19).

swallowed the whole of

19 of the first 25 local points were the work of the two new faces, on the run and from the perimeter, the miseries of last week in Piraeus already forgotten.

handled the game with mastery, the team increasingly his, and from the bench

to put order in the painting.

All that remained was to sing happy birthday.

But after the initial disaster, Monaco returned, in a great exercise of patience.

And always thanks to his star, the whipping of talent from Mike James, back to the Euroleague after his stint with the Nets (after being scared by CSKA).

And then with some of the lost power.

Something had changed. The main thing, that Mike James had woken up. That there was a demon loose on the WiZink. An unstoppable guy, perhaps the greatest loose talent in Europe. He scored 14 points in the third act, but some of them were like being in the circus. A triple from almost the middle of the field, when he was throwing to challenge, calling for a foul. An alley oop one-handed bullfighter at

. Impossible baskets that despair the best defender. Real Madrid survived as best they could, holding their dwindling advantage.

Because James had infected the rest and each white attempt had an answer. A robbery of the Portland point guard, who assisted

, ended up setting off all the alarms (81-78) with less than five minutes to go. The next basket pass was already the tie for

. The next assist, the ninth, the first visitor advantage to culminate another set (2-13). When

tried to dry him he was able to find the best of his free companions.

There, in that abyss, the experience and self-love of Madrid came out.

He did not lose his temper, he took refuge in Yabusele (18 points), his best man again, and

kept the pearls to solve.

The defenses - a great robbery from James - and the offenses, a triple from seven meters.

The rules of a winner.

ACB 2021 - 2022Real Madrid of the two towers still without loopholes: seventh win of the season