Rögle turned the match around - with six goals in seven minutes

Rögle were big favorites in the home meeting with Danish Sönderjyske in the CHL. The guests still led in the third period and the group victory was slipping out of the hands of the Scanians, but then Rögle woke up and won 8-3. 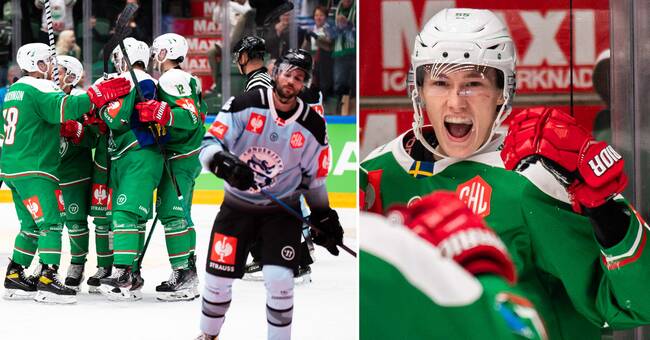 Rögle called up six players from the J20 team when they received the Danish group jumper Sönderjyske.

The guests had not taken a single point in this year's Champions Hockey League, but in the first period they still offered resistance.

1-0 came instead through a direct shot by Leon Bristedt in the second period and shortly afterwards Ryan McKiernan banked in 2-0.

Then Rögle perhaps relaxed a little too much.

Before the period was over, Shawn O'Donnell had reduced for Sönderjyske and in the third they even managed to turn around.

At that stage, Rögle had lost the group victory, but then they really woke up.

William Strömgren, one of the players from J20, equalized.

Then it ran away - and it really did.

Seven minutes later, the score was 8-3 to Rögle.

The victory means that Rögle secures the group victory before the playoffs, which will be drawn on Friday.