Falk: "Can not tell any secrets in Swedish"

Häcken's next challenge in the Champions League: "Swedish team" Bayern Munich. Then goalkeeper Jennifer Falk weighs her words well. - Now we can not say any secrets in Swedish because then they understand us, says Falk to SVT Sport. 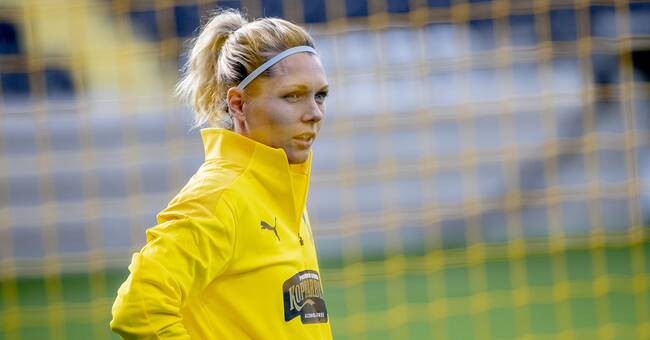 Häcken's historic first match in the Champions League ended with a 0-3 loss against Lyon.

- It's fun to meet Swedes you know.

And now we can not say any secrets in Swedish because then they understand us, it is a difference from Lyon, says Falk.

According to Aftonbladet, Bayern defender Hanna Glas has revealed everything to her teammates about how to score on Falk.

- I know everything about her too, so then I have to tell my teammates so it will be even, counters Falk, who sat on the bench when Häcken met Bayern Munich two years ago.

- Lyon are very technical, I do not have a very good view of Bayern yet, but they feel very physical.

- Lyon have more speed in their game than Bayern have.

Bayern do not feel really straight in their game, they are trying to find their way in between surfaces and we will try to find those means to stop them.

And of course we have looked at how they play the ball as well and how we should be able to disturb them.