Flash Entertainment, the organizers of the Mubadala World Tennis Championships, revealed that Olympic champion Belinda Bencic of Switzerland will face the US Open champion, British Emma Radokano, in the 13th round of the region's most prominent tennis tournament, on the th... 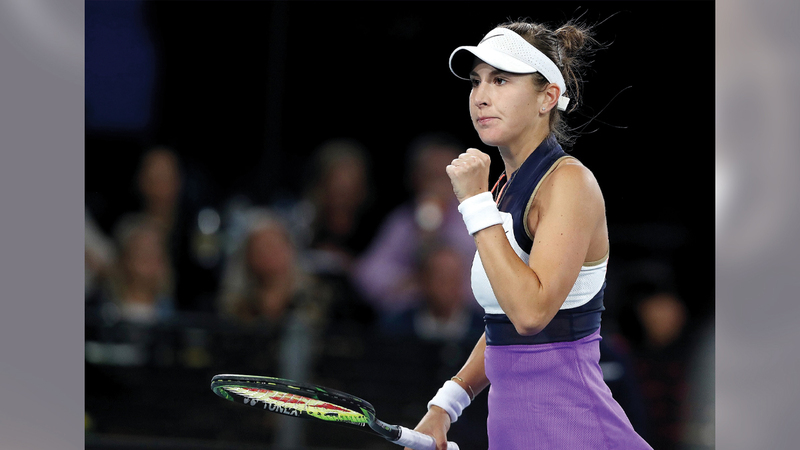 An upcoming summit between Radokano and Bencic in Abu Dhabi, December 16th

Flash Entertainment, the organizers of the Mubadala World Tennis Championships, revealed that Olympic champion, Belinda Bencic, of Switzerland, will face the US Open champion, British Emma Raducano, in the 13th round of the most prominent tennis tournament in the region, on the opening day, dedicated to the women's category. December 16, next.

Radokano will record her first appearance in the tournament, and in return, Bencic succeeded in presenting a distinguished season that culminated in winning two medals at the Tokyo Olympics last summer, the women's singles gold and the women's doubles silver.

The match, hosted by the main stadium within the International Tennis Center in Zayed Sports City, is a rematch between the two players, after the match that brought them together in the quarter-finals of the American Championship, which saw Radokano win, to crown her participation in winning her first titles in the major tournaments.

"Since the addition of the women's category match in 2017, the Mubadala Championship has succeeded in attracting the brightest tennis champions to compete on the soil of Abu Dhabi, and this rich legacy constitutes a constant motivation to achieve the goal of the tournament, which It is to continue to evolve to ensure that we provide the most amazing experiences for the discerning fans of the tournament, and with confirmation of the participation of Emma and Belinda, we expect that the final of the women’s category this year will witness an irreplaceable match, which is the most exciting in the history of the tournament.”

The 24-year-old Bencic is looking forward to continuing her illustrious journey in the world of tennis, experiencing the experience of playing in a new country, as she seeks to make up for her one defeat against Radocano.

• The match is an opportunity for Bencic to pay back the debt to Radokano, who defeated her in the American Championship.