In the first half, Greece had two frame hits and Sweden was under pressure. But despite that, it was Blågult who took three points in the World Cup qualifier in Stockholm. - Sweden was lucky today, absolutely, says the Greek national team captain John van 't Schip. 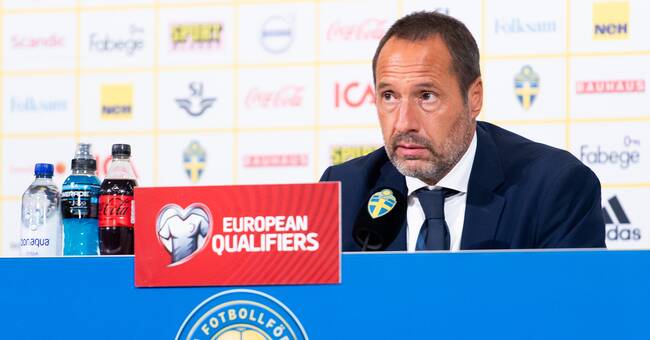 Greece still has a mathematical opportunity to reach the World Cup in Qatar 2022, but it is very small.

It was a disappointed league captain who faced the press after the loss.

It is difficult to handle a loss like this.

I can only think of the first half where we created good chances and did not let Sweden enter the match at all.

We also knew that Sweden is a team that likes to play long balls on Isak and that happened in the second half.

The questioned Dutchman had prepared his players for Alexander Isak, but they still failed to handle the Swede.

They had two long balls and we misjudged them.

It's tough, but that's also how they play.

We had shown that to the boys before, but they punished us.

Alexander Isak does not agree that Sweden was lucky.

I would not say that.

Football is still about scoring goals and that's what we did.

Greece stands at nine points in the World Cup qualifying group with four points up to second place Spain.

Sweden leads the group two points ahead of the Spaniards.