Im Sung-jae and Ko Jin-young, 'accompanying championship' on the US stage

Korean golf has achieved a splendid feat of winning both men and women on the American stage. Seongjae Lim won the PGA Tour and Jinyoung Ko won the LPGA Tour on the same day. 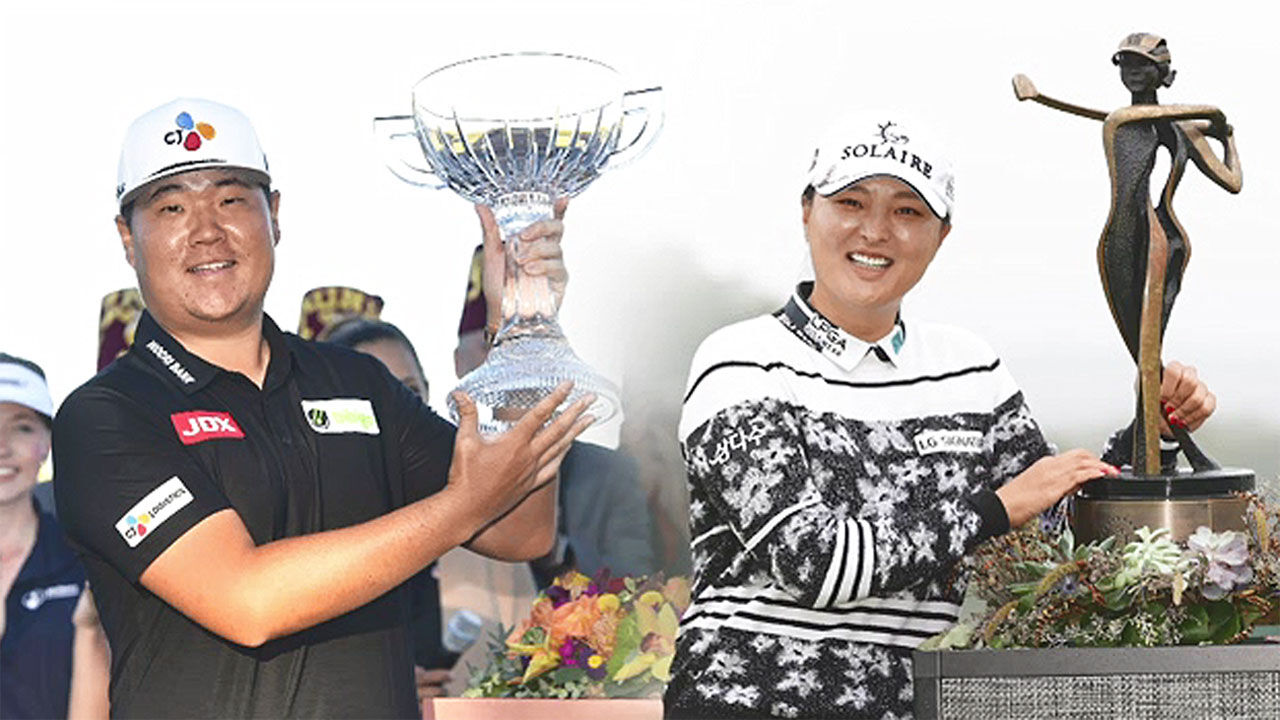 Korean golf achieved a splendid feat of winning both men and women on the American stage. Seongjae Lim won the PGA Tour and Jinyoung Ko won the LPGA Tour on the same day.

Im Seong-jae, who was competing with Matthew Wolf of the United States for the championship, won with a terrifying blast.

From the 9th hole, I hit the birdie for 5 consecutive holes, and the 7m birdie putt on the 10th hole was the highlight.

Im Seong-jae, who climbed to the top by four strokes, added another victory in a year and seven months since his first win in March of last year.

It was his two career wins in his 100th PGA Tour event.

[Imseongjae: Today inde this 100th Conference, was the first victory in the 50th second to win really amazing was the 100th day, and I think I gave a lot of help from the sky;

Jinyoung Ko has won the LPGA Tour's Founders Cup for the second time in a row, earning her 3rd win this season and her 10th career win.

Jin-young Ko, who hit 5-under 66 on the last day, was challenged to a new record by tying the record with the legend Sorenstam by hitting the 60s for 14 consecutive rounds.

This is the fourth time that Korean players have won a major event such as the PGA and LPGA Tour together, but this is the first time Sungjae Lim and Jinyoung Ko have lifted the trophy on the same day in our time.