Today, the national team suffered a surprising and disappointing 0-1 loss against the Iranian team, in the match that was held at Al Wasl Stadium in Zabeel in Dubai, in the third round of Group A, in the Asian qualifiers for the 2022 World Cup. 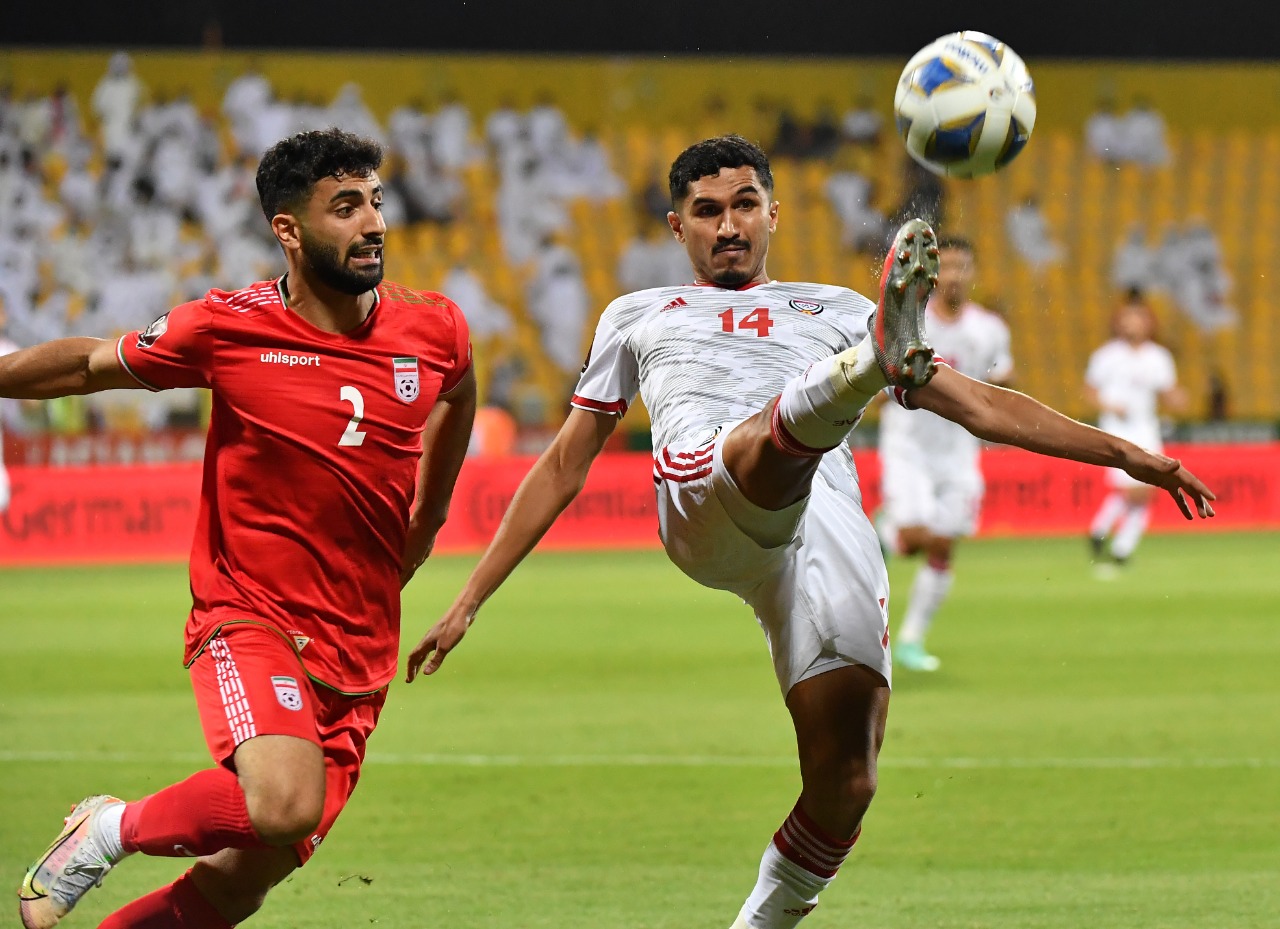 The team remained with only two points in the first group.

Today, the national team suffered a surprising and disappointing 0-1 loss against the Iranian team, in the match that was held at Al Wasl Stadium in Zabeel in Dubai, in the third round of Group A, in the Asian qualifiers for the 2022 World Cup.

With this result, the team has bled 7 points in three matches, after the two draws against Lebanon and Syria, then the loss against Iran, and remained in third place with two points, and it will meet its Iraqi counterpart, next Tuesday, at the same stadium (Al-Wasl Stadium) in the fourth round. Iran topped the first group with nine points, compared to 7 points for the second South Korea, then the Emirates third with two points, Iraq and Lebanon with two points and Syria finally with one point. The Iranian goal came through Mahdi Taremi in the 73rd minute, as a result of defensive errors.

The first half witnessed a good appearance for the players of the team, as the changes made by Marvik played an important role in the positive appearance that Al-Abyad had in the first half, with the presence of the trio Abdullah Ramadan, Majid Hassan and Abdullah Salmin, in the middle of the field, which reduced the strength of Iran’s attackers, and imposed the team His presence and style from the first minute, as Al-Abyad almost consolidated his advantage and reached Beiranvand's goal from an attempt by player Khalil Ibrahim, but defender Hassan Kanaani pushed the ball away to a corner kick without being exploited.

Marvik put the substitute, Muhammad Jumaa, at the beginning of the second half at the expense of Khalil Ibrahim to strengthen the offensive side, but the performance of Al-Abyad was declining, unlike the first period, and he paid more attention to the defensive side after the Iranian team tightened its grip on the course of the game.

Al-Abyad received good news in the match that Iran defender Shuja Khalil was directly red card after blocking Ali Mabkhout on his way to the goal, and he got a direct free kick from an ideal place in front of the goal, but the match referee quickly canceled his decision, and returned the Iranian defender to the pitch for reasons The presence of an infiltration case before that case.

The result turned against the team with a fatal mistake by goalkeeper Ali Khaseef, who went out the wrong way to meet the Iranian striker Mahdi Taremi, to find the latter an easy task in front of him to score the goal of progress.

Although Ali Khaseef saved a penalty kick in favor of the Iranians, the result remained unchanged.