Sweden drove over Iceland in the European Championship qualifiers 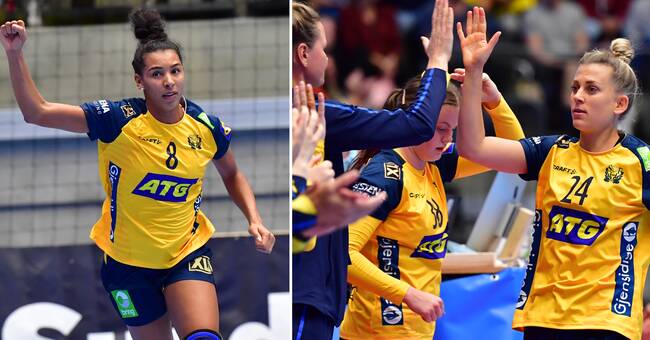 At home in a well-filled and jubilant arena in Eskilstuna, 2,184 spectators in the stands, Sweden's handball ladies started with a run-over in the qualifiers for the European Championships 2022. There Jamina Roberts became the blue and yellows' best goal scorer with six goals.

- It was a good defensive game, you were aggressive.

Sweden set up Jamina Roberts who made break-ins and she created huge problems for the Icelandic team.

Who lost confidence and became far too centered on the pitch.

A solid effort, the joy of the game is there and the players seem to thrive together, says SVT Sports expert Magnus Grahn.

In addition to Iceland, Sweden will face Turkey and Serbia in the European Championship qualifying group, where the first and second will go on.

In the next match, which will now be decided on Monday the tenth of October, Turkey is waiting away.

Turkey opened the group stage with a loss to Serbia.