Al-Jazira won a hard-fought victory over Al-Orouba 1-0 in the match that took place between them this evening, in the opening of the sixth phase of the ADNOC Professional League. 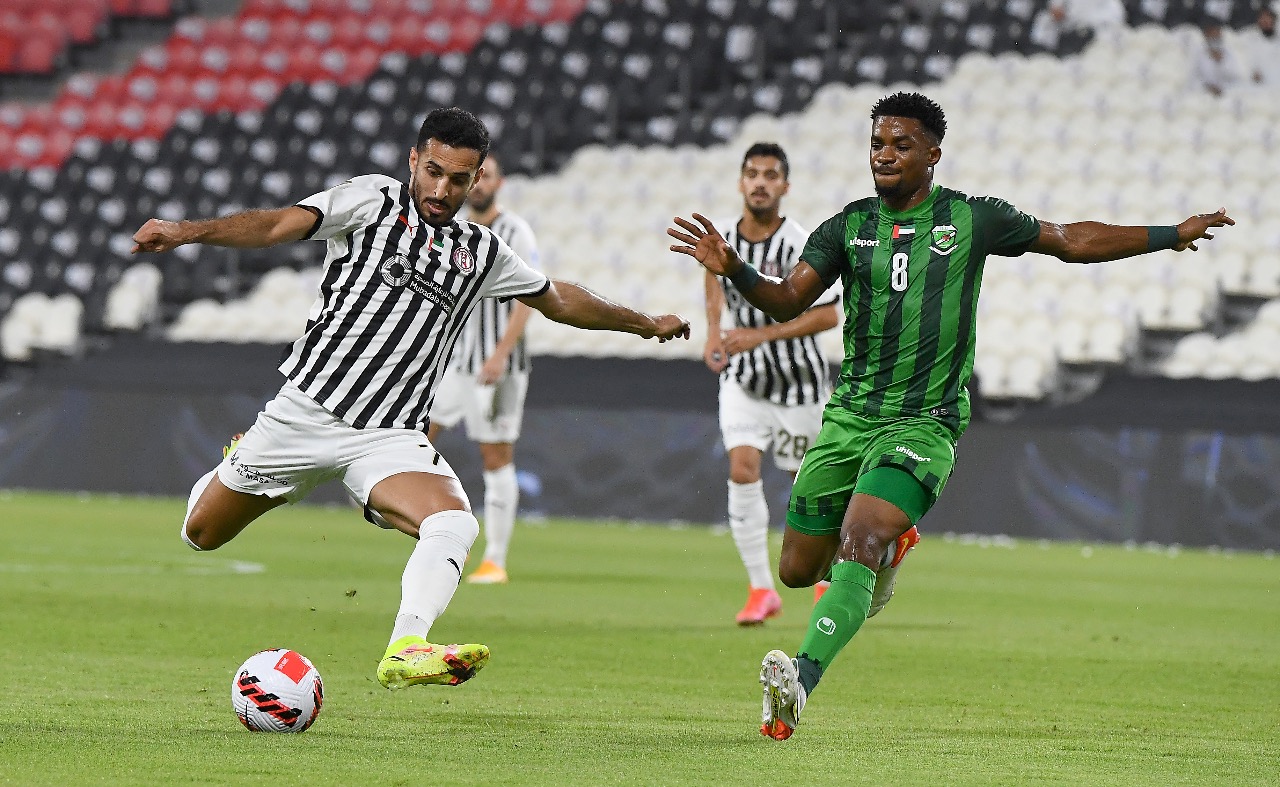 Ali Mabkhout scored the winning goal from a penalty kick.

Al-Jazira won a hard-earned victory over Al-Orouba 1-0 in the match that took place between them this evening, at the opening of the sixth stage of the ADNOC Professional League.

Al-Jazira waited until the 70th minute for Ali Mabkhout to score the only goal of the match from a penalty kick, raising his team's tally to 13 points, compared to three points with Al-Uruba's balance remaining.

Al-Jazira did not need any introductions before imposing its rhythm on the confrontation, amid a clear reservation of Arabism in its half of its stadium throughout the first half, surrendering to the frank defense to maintain a clean sheet.

The guest goalkeeper, Ahmed Al Hosani, denied Al Jazeera an early lead by blocking a header from Joao Victor, after he succeeded in hitting the offside trap from a long ball played by Abdullah Ramadan.

Al-Hosani continued his remarkable brilliance by blocking Abdullah Diaby's attempt, from which he tried to score while he was at the goal gate, so that the goalkeeper turned it into a corner kick without investing "27".

Ali Mabkhout also failed to reach the net of the brilliant goalkeeper Ahmed Al-Hosani, after he did a distinguished job that ended him alone in the goal, but the Al-Uruba goalkeeper was on the lookout for the game and turned it with limbs that hit him into a corner kick "40".

Before the two teams headed to the dressing room, the Nigerian striker Al-Orouba, Kingsley, made a single attempt that ended with a shot that passed near the post (45).

The situation remained as it was in the second half, although the philosophy of Arabism differed in trying to exploit the rush of the island, and exploit the counter-attacks, but it did not end as required.

The talisman of the match ended for Al-Jazeera, who receives a penalty in favor of Ali Mabkhout, after he was pushed by Reda Atassi, the technique of (the mouse) confirmed its validity, so Mabkhout went to it and placed it to the right of the goalkeeper.

At a time when everyone expected a strong Arab reaction similar to what he did in the last match against Al Ain, when he scored three consecutive goals, Al Jazira players were alert to this matter, and the ball remained between their feet without threatening Ali Khaseef’s goal in any game for the remainder of the game. time for the match.