Ajman breaks its own record after 12 years of waiting

The Ajman team broke its record for the largest number of points collected in the first five rounds of the league, which has been steadfast for 12 consecutive seasons, after its valuable victory, yesterday evening, against Baniyas, a victory that brought it to point No. 8, as the first Once the "volcano" collects this 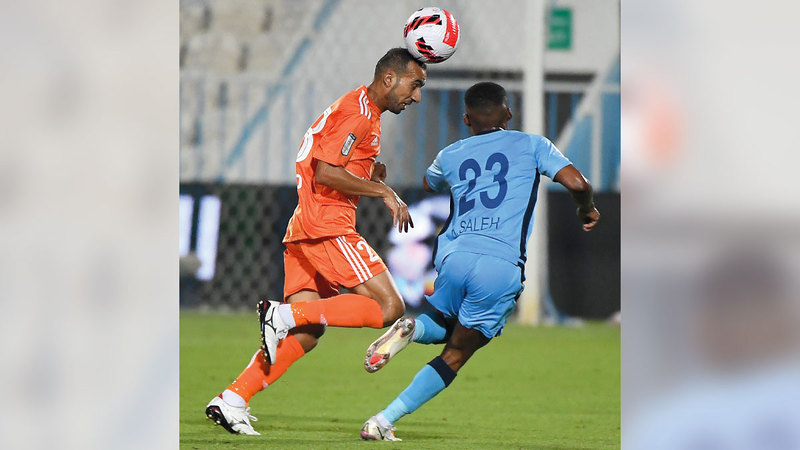 Ajman breaks its own record after 12 years of waiting

Ajman beat Baniyas and raised its score to the eighth point.

The Ajman team broke its record for the largest number of points collected in the first five rounds of the league, which has been steadfast for 12 consecutive seasons, after its valuable victory, yesterday evening, against Baniyas, a victory that brought it to point No. 8, as the first Once, "Al-Burkan" collects this number of points after reaching the fifth round, in the history of his participation in the professionalism, which he missed in only three seasons.

Over the course of nine seasons in which Ajman participated in the professional league, he could not exceed the seven points he collected in the first season 2008-2009, when he collected points by defeating Al Shaab and Sharjah, and drawing with Al Dhafra, and the team collected the same seven points in the 2018-2019 season However, the season was canceled due to the outbreak of the Corona virus pandemic.

Since the beginning of the current season, Ajman has presented unprecedented levels, under the leadership of its new Serbian coach, Goran Tevgodic, who made an offensive team, as in the five rounds that the team fought, he scored seven goals in four meetings, and his attackers missed the signing in the attendance book in one confrontation, It was in front of Al-Ahly youth.

The strong start that the team achieved this season gives a great motivation to continue collecting points, which will make "Al-Burkan" able to break its historical record of collecting 37 points at the end of the season, which is the highest number of points obtained by the team, and it was in the 2018-2019 season.

The team's coach, Goran, said that his team showed enough ability to win and continue positive results, and scored three important points, after playing a good match from a technical point of view, and strong on the physical side, and dominated the match against his rival Bani Yas, and his players took advantage of the opportunities that They got it perfectly, scoring two goals that confirmed that they were the most eager to get the full points.

He added in a press conference: “We played a strong match with a good and organized tactical performance, and I am happy with the level with which the team appeared. We managed to score two goals, despite the difficulty of the opponent playing the match in their stadium, and I hope to continue the positive results in the coming rounds.”

On the other hand, the coach of Bani Yas team, Daniel Isla, confirmed that he bears the responsibility for the loss that the team received, and said: “We deserve the loss, and I bear the full responsibility.