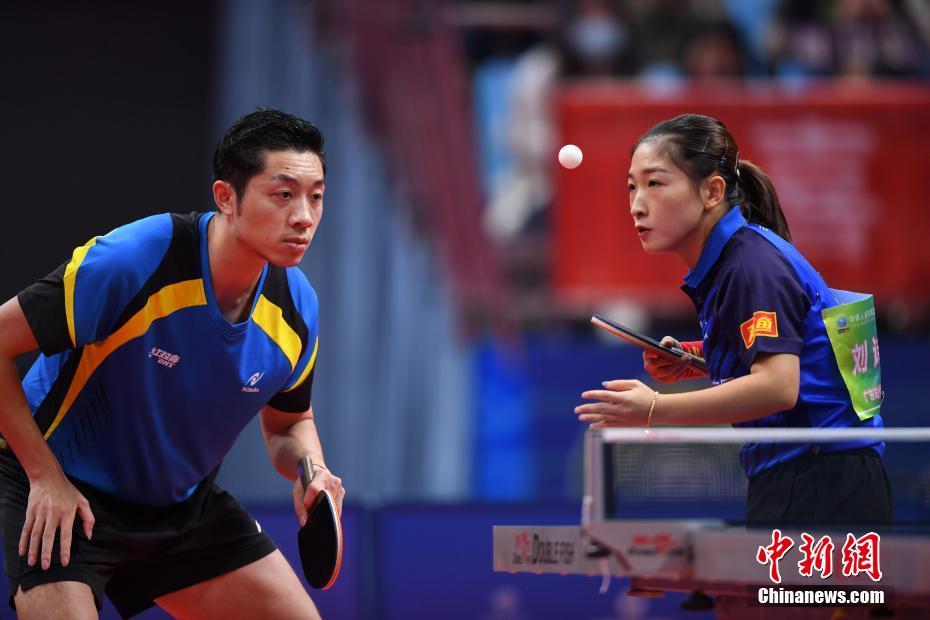 During the Tokyo Olympic cycle, table tennis mixed doubles was listed as an official Olympic event for the first time, and this event has gradually received unprecedented attention.

In the face of fierce competition from strong players such as forests, Xu Xin once said frankly that being an Olympic team is under pressure, "Everyone regards us as the favorite to win the championship, the pressure will be greater. Mixed doubles (competition) will be stronger, and all opponents should not be underestimated. Don't dare to underestimate the enemy."

After four rounds of competition, Xu Xin/Liu Shiwen finally ushered in the challenge of Wang Manyu/Cao Wei in the final.

Before the game, Liu Shiwen said that this final will be an "encounter", and the trend of the game is as thrilling as she predicted.

In the first game, Xu Xin and Liu Shiwen took the lead to enter the state and scored 6:3. Then Wang Manyu and Cao Wei stabilized their positions and tied the score to 7.

In the second game, Xu Xin and Liu Shiwen paid more attention to the execution of skills and tactics in the receiving and serving links. They took advantage of the victory to win another game by 11:5 and achieved a big score of 2:0.

In the third game, the Heilongjiang combination launched a counterattack under the leadership of Cao Wei, winning back a city with 11:3.

In the crucial fourth game, the two sides fought all the way to 8 draws.

But Wang Manyu accidentally strained his right leg in a save. After nearly ten minutes of medical timeout, Wang Manyu chose to continue the game.

But she and Cao Wei still lost the game 10:12 regrettably.

In the fifth game, Wang Manyu and Cao Wei, who had no way out, chose to give it a go. The latter also took on more offensive tasks when their teammates were injured, and the two teamed up to recover the game.

In the sixth game, Wang Manyu and Cao Wei stubbornly took the lead despite being behind 0:7, but Xu Xin and Liu Shiwen were more comfortable in handling the key points at the last moment. At 13:11, Xin Wen's combination sealed the victory.

After experiencing the frustration of the mixed doubles at the Tokyo Olympics, Xu Xin and Liu Shiwen regained their strength and won the National Games mixed doubles championship.

Since their partners competed in the mixed doubles field of table tennis, the two have experienced the highlights of World Table Tennis Championships, as well as troughs and ups and downs. Looking back on their partner career in the past few years, Liu Shiwen said that he has learned a lot from Xu Xin. The two years of preparations have been very difficult. It is unforgettable for us to experience success and endure failure together."

Prior to this, Liu Shiwen had said that this would be her last National Games.

However, she revealed that she has not put down her racket. "No matter what status I am in the future, I will continue my table tennis career. I love the game very much and I can find myself on the game."

Regarding the future, Xu Xin also said that he will continue to partner with Liu Shiwen, “We have been mixed doubles for a long time and have achieved a lot of results. There will be some subsequent matches that we can continue to try. (As long as the two of us continue to play, there are more opportunities. ."(over)