The Disciplinary Committee's chairman Erlend Stavehaug: "Goes against what Swedish football stands for"

The district court acquitted the ex-Allsvenskan football player of gambling fraud and bribery. Despite this, he was today sentenced to a four-year suspension by the Swedish Football Association's disciplinary committee. - These are serious offenses that have gone against what Swedish football stands for, says the disciplinary committee's chairman Erlend Stavehaug. 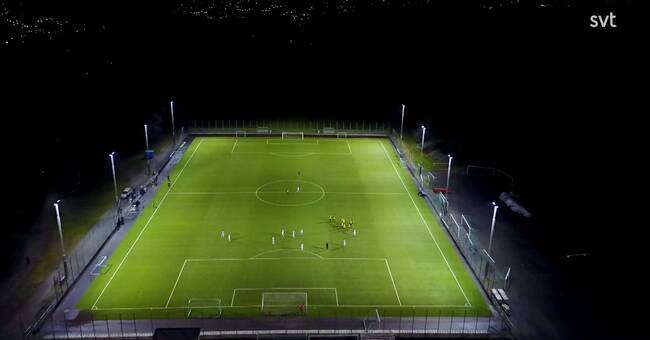 When Malmö District Court this summer came with its rulings in the high-profile match-fixing case, two of the players, a foreign professional with Allsvenskan merits, and a national team player in futsal, were acquitted.

But both of these were judged today by the Swedish Football Association's disciplinary committee.

- In the district court, it is about proving that something is beyond all reasonable doubt, that the person has done it.

As soon as there is reasonable doubt, the person shall be released.

In these anti-match fixing regulations, we have lower evidentiary requirements.

A proof requirement that is higher than probable but lower than beyond reasonable doubt, says Erlend Stavehaug to SVT Sport, and continues:

- The National Sports Board has said that it can be interpreted as being clearly probable.

If you reach that level, you should be sentenced for it.

And the disciplinary committee judges that it is clearly probable that they committed these offenses.

And even the district court had a passage that they thought it was likely.

The length of the suspensions (previously the longest match-fixing suspension was five years, in connection with AIK – IFK Gothenburg 2016), shows that the disciplinary committee takes the current cases extremely seriously, one of the matches concerned the Allsvenskan where a yellow card must have been taken on purpose, and the rest matches in division five where a player received bribes for the team to lose.

- These are serious offenses that have gone against the anti-match fix regulations, and go against what Swedish football stands for.

And a circumstance that is aggravating is that you go in and manipulate a match at the absolute highest level: the Allsvenskan for men.