It will be full when the NHL starts its season in two weeks, 30 of 32 teams will allow full capacity during the 2021-22 season, reports Reuters. 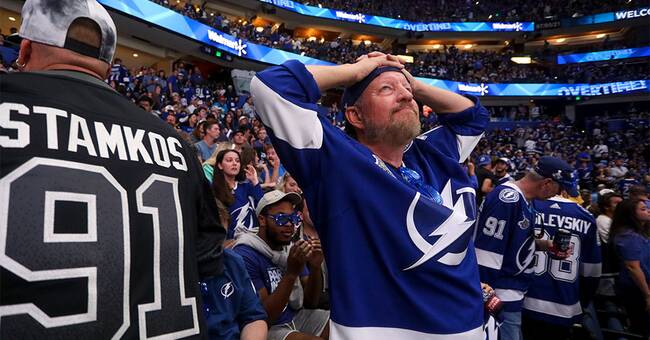 The decision to allow full audience capacity for five of seven Canadian teams has been met with criticism from health care.

- Take a look at our situation in healthcare.

Are we really going to gather thousands of people in indoor arenas shouting and drinking beer when our healthcare is about to collapse?

It is a lousy decision, says emergency physician Shazma Mithani.

The two teams that will not allow full pub admission are the Vancouver Canucks and Montreal Canadiens.

The Canucks are expected to let in 50 percent of their home arena, which typically takes in 18,910, and the Montreal Canadiens will only allow 33 percent of the home arena's 21,302.

14 other teams will not require any type of vaccine pass or covid test at all.

Last week, NHL's Bill Daly announced that 98 percent of players will be vaccinated before the season starts on October 12.