France .. Riots disturb the joy of the fans returning to the stadiums

The return of the fans to the football stadiums in France was supposed to be a festive occasion after the fans were absent from the stands for a year due to the repercussions of the Corona virus, but the riots cast their shadows and disturbed the joy of the “twelfth” player’s return to the matches. 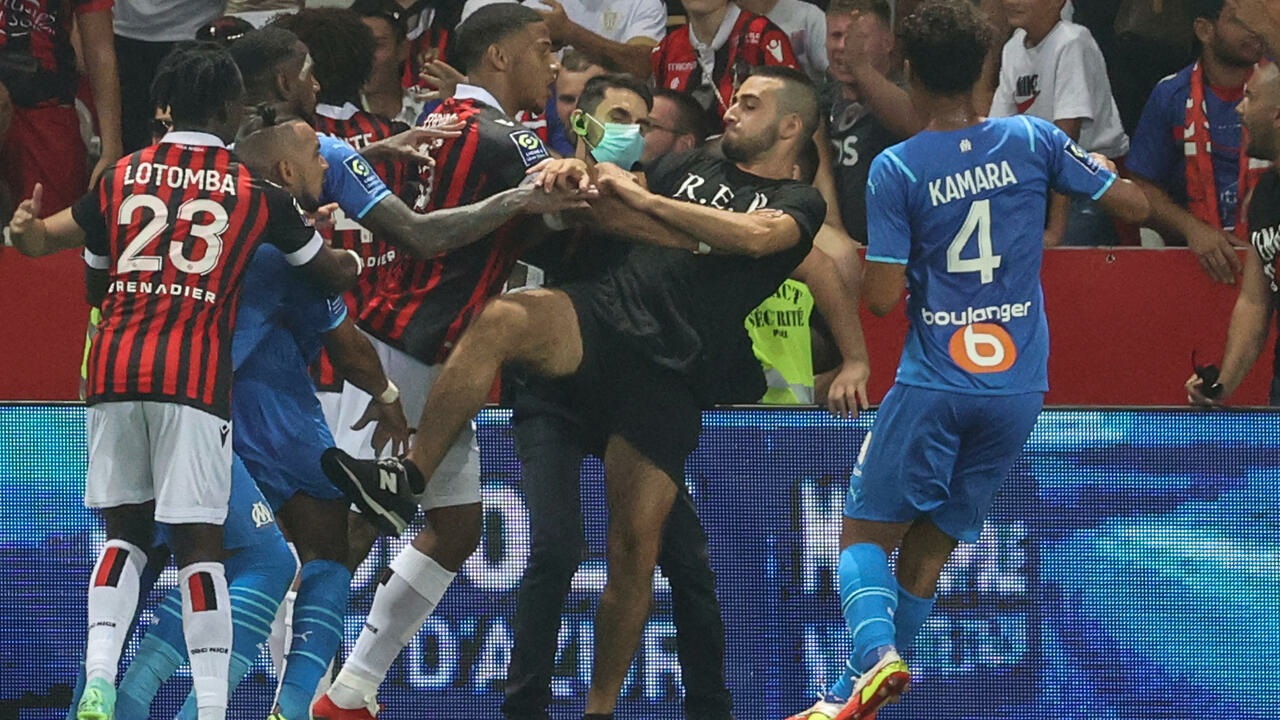 France .. Riots disturb the joy of the fans returning to the stadiums

The return of the fans to the football stadiums in France was supposed to be a festive occasion after the fans were absent from the stands for a year due to the repercussions of the Corona virus, but the riots cast their shadows and disturbed the joy of the return of the “twelfth” player to the matches.

The public has always been considered a cornerstone of sports, especially football, which is the first popular game in the world, but what France witnessed at the beginning of the new season of “Ligue 1” grabbed the spotlight and made headlines to become the talk of the hour more than the arrival of a player like Argentine Lionel Messi to the league To defend the colors of Paris Saint-Germain, which is in the lead by 7 points from its closest followers, after only 7 stages, as a result of winning all its matches so far.

Prior to last year's runner-up Manchester City's visit to the French capital on Tuesday to meet Saint-Germain in the Champions League in a meeting in which the Argentine coach Mauricio Pochettino's team seeks to compensate for its stumble in the first round against Club Brugge (1-1), the capital club hopes to add Montpellier Saturday to his local victims when he hosts him at his home.

The Saint-Germain fans have so far distanced themselves from the riots that continued on Wednesday, when a group of fans invaded the pitch during the match between Angers and Marseille, the current second place (0-0), at a time when a bus of Bordeaux fans was pelted with stones while they were on their way to attend the match of their team and its host Montpellier ( 3-3), which resulted in 16 of them suffering minor injuries.

These two incidents occurred after the riots that accompanied the derby of the North last weekend between Lens and Lille, the defending champion (1-0), which led to a delay in the start of the second half.

Riot police intervened when dozens of Lens fans stormed the pitch between the two halves to confront the Lille fans, which led to a duel in the throwing of seats between the two parties over the wall separating them.

Nice is the worst affected so far

Lens, who is visiting Marseille on Sunday in a strong confrontation between the fourth and second place, was punished by playing his home matches behind closed doors until further notice, which will deprive him of the fans that usually create a wonderful atmosphere at the "Polart-Dellis" stadium.

Nice, who is achieving good results at the start of his career with former Lille coach Christophe Galtier, who will visit Saint-Etienne on Saturday, was the first team to pay the price for the riots this season by deducting a point from its score after stopping its match against Mediterranean rivals Marseille on August 22.

Nice was also punished by playing three home matches behind closed doors at the Allianz Riviera.

The match between the two neighbors will be repeated on October 27 at a neutral stadium, while Marseille defender Alvaro Gonzalez, who threw balls in the direction of the Nice fans, was suspended for two matches, while his colleague Dimitri Payet suspended one match with a suspended sentence.

The match was stopped in the 75th minute after Payet, who was preparing to take a corner kick, was attacked by the "Ultras" of the Nice team, where he was hit in the back with a plastic water bottle, which he threw back at the fans.

These people are hurting the image of this game

Dozens of Nice fans invaded the stadium, causing a quarrel between fans, players of both teams and members of the club's management.

The Minister of National Education, Youth and Sports, Jean-Michel-Blanquet, denounced, in an interview with LCI, the riots after the events that took place in Angers, which led to the arrest of two people on Thursday.

He believed that "some clubs have succeeded in the past in putting an end to these unacceptable barbaric acts. There are people who should be prevented from entering stadiums in the future because of this behaviour."

"We need to be firm. These people are damaging the image of this game," he added.

Certainly, these events harm the image of French football, which seeks to take advantage of Messi's arrival in Saint-Germain, which has strengthened the position of the capital club among the top of the old continent, in the presence of other great players as well, such as the Brazilian Neymar, Kylian Mbappe, the Spanish newcomer Sergio Ramos, who did not The Italian Marco Verratti, the European champion this summer with his country, or the other newcomer, Moroccan Achraf Hakimi, who gave Pochettino the seventh victory by scoring two goals against Metz (2-1), the second in stoppage time when the tie was master Situation.

And fans were allowed to return to matches this season without restrictions related to the allowed number, but provided that the attendees prove that they have received two doses of the vaccine against “Covid-19” or that they submit a negative result for a test conducted before the match.

The problems started from the opening stage when Marseille player Valentin Rungier was hit with a bottle on the head at the Montpellier stadium, which led to the match being suspended for ten minutes.

The rioting at this pace can be explained by an attempt by the fans to get rid of the pent-up frustration caused by the restrictions of the Corona virus, but it is an inaccurate theory because such things do not happen in neighboring European countries, although their fans have suffered for a year from similar circumstances.