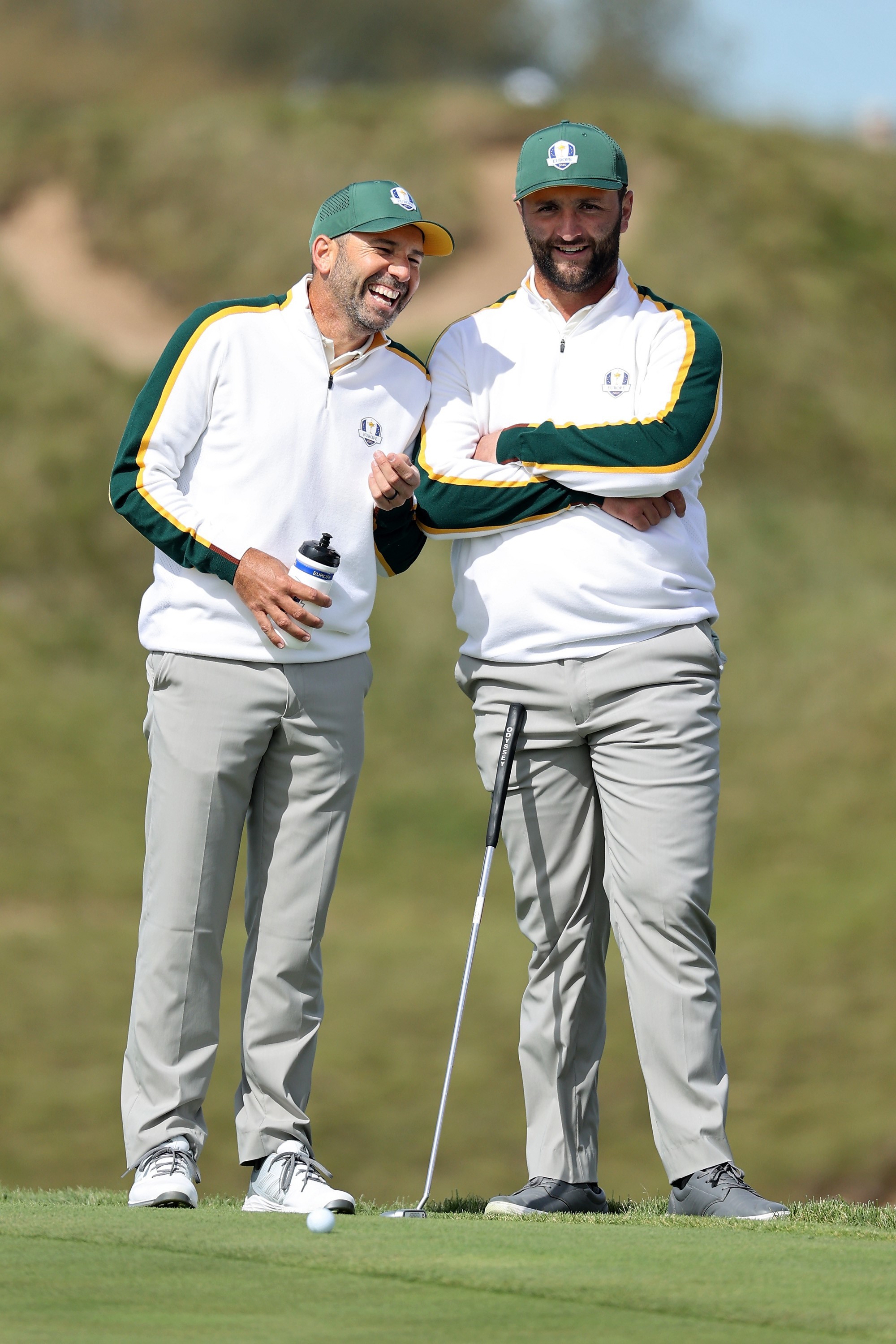 golf wouldn't be the same. If the Ryder Cup did not exist, probably neither

would be the players they are today. The Spanish are two of the fundamental pillars of the European team that will try from Friday to retain the trophy, in the 43rd edition of the competition, in hostile territory. The atmosphere will be more adverse than ever, as entry restrictions in the United States will make European fans have to settle for following this unique show on television.

If the Ryder Cup did not exist, perhaps Jon Rahm would not be a professional golfer.

When Jon was 3 years old, some close friends of his parents came to see the competition held in Valderrama in 1997 and ended up so captivated by the live show that they spread their enthusiasm to Edorta and Ángela, parents of the world's number 1, that they would end weeks later signing up for his first golf lessons.

The end of the story, you already know.

' of European golf was invited to open for the professionals in some exhibition matches.

Get in touch with the tournament environment at the hands of

would mark Borriol's player forever: "I remember that Seve put me between the ropes through the 12th hole. We were talking a bit and he was explaining things to me. It was an incredible moment. I took a picture with him, obviously," Sergio recounted still with the illuminated face.

"I remember walking to the international pavilion and seeing some European fans singing. I felt a huge energy. At that time I was 15 years old and I thought I should be part of that at some point in my life," he concluded.

, Sergio García can boast of being the best player in the history of the Ryder Cup, at least in terms of numbers, since no one has reached those figures.

With this experience and record, nobody questions that, although the Spanish is not at his best, it was one of the three elections of the European captain

Garcia and Rahm, in the Whistling Straits field.AFP

As seen in the training days, Sergio Garcia and Jon Rahm could play together on the Whistling Straits field, a pharaonic project of American mogul

It is a links route on the shores of the imposing Lake Michigan, with more than a thousand sand traps.

They say that the number of

is not known exactly

, since no one has been able to do a rigorous count.

They also say that Kohler landed his private plane some years ago in the land of Seve Ballesteros and fell in love with a Cantabrian and coastal farm.

There he decided to build another dream resort and pay tribute to the genius of Pedreña, but the project is still mired in permits and political bureaucracy.

Jon Rahm faces the appointment with mixed feelings: he arrives as the best player in the world and with the responsibility of assuming the weight of the team in his second experience in the competition. Three years ago in Paris, Jon played his first two games without being able to score any points and, against all odds, the captain sat him on the bench. A situation that generated anxiety in the Barrika player, until in Sunday's singles he got rid of

in a big way. Perhaps that would be the last time for Woods at the prestigious tournament.

On paper, the United States is a favorite again.

The average world ranking of

is 8.9, the lowest in history since data was posted.

The field factor will be fundamental and already in the days of practice the avalanche of fans who are going to crowd the field and put a lot of pressure on the Europeans has surprised.

In favor of Europe, winner of the last edition, is the experience.

The average age of the continental team exceeds 35 years, with only three rookies;

while the United States averages 29, in a team with half of its first-time players in the competition.