Ica millions for gender equality stuck with the football association

The money from the Ica campaign would go in full to gender equality in youth football. But several million from the project have stuck with the Swedish Football Association and have not yet been paid to the associations, it shows SVT's review.&nbsp;&nbsp;&nbsp; 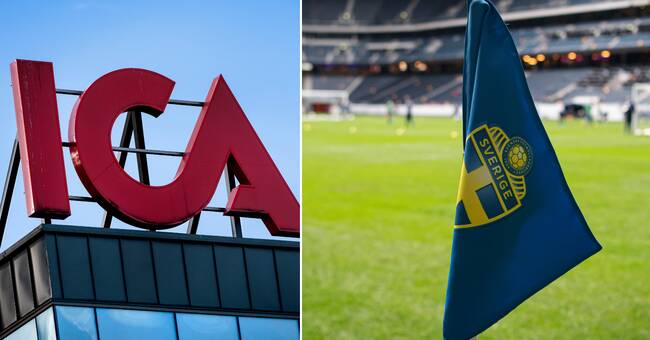 For several years, Ica has been selling blue and yellow products to support gender equality in youth sports.

Part of the profit has since been donated to the Swedish Football Association's project "Everyone is different - different is good".

The fundraising has been a success and with the help of customers, SEK 11.4 million has been raised for the project.

In addition, Ica has contributed an additional SEK 2 million and Svenska spel with SEK 3 million.

"Everything we receive goes in full directly to various football projects", wrote SvFF's general secretary Håkan Sjöstrand himself in the association's own magazine in 2018 and pointed out that every penny is important.

SVT has previously reported that a former manager at SvFF has given over half a million of these funds to associations in which the manager himself held key positions. But the problems within the project do not stop there.

When we examine the union's internal documentation from the project, we see that several million have remained with them.

According to the football association's own lists, only SEK 11.3 million of what was collected between 2016 and 2020 has been paid out.

In total, there are just over five million kronor left.

You have previously said that it will go in full to various football projects.

- It will probably be a truth with modification then, as much as possible should of course go to the associations.

That there is a small part that goes to administration, I think everyone understands, but if we need to clarify it, I do it here and now.

After the union itself has checked the figures, they return with an account of how the money has been used.

- We have had almost two million kronor in costs in the project, it includes the construction of a website and then we have just over three million kronor left to be distributed to the associations in the future, says Daniel Johnson, head of strategy and innovation at Svenska the football association.

Why have they not been paid yet?

- It takes time to go through applications and then the pandemic has meant that associations have not been able to start and implement projects to the same extent as during a normal year, says Daniel Johnson.