All honors for the farewell of the monarch of the chrono. Tony Martin said goodbye to competitive activity this Wednesday with the conquest of the Time Trial title of ... 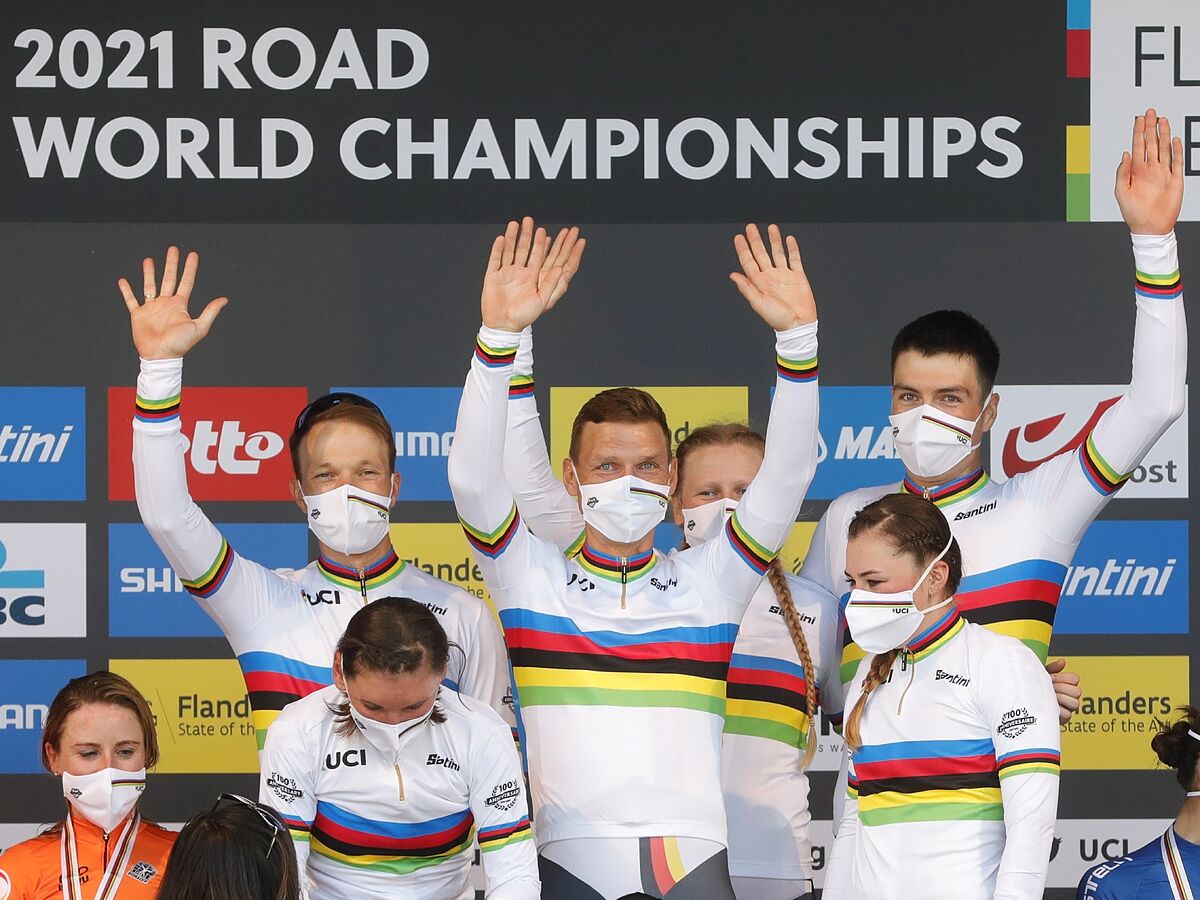 All honors for the farewell of the monarch of the chrono.

said goodbye to competitive activity this Wednesday with the conquest of the Mixed Relay Time Trial title at the World Cup that is being held in Flanders.

The German added a new trophy to his incomparable record.

Nobody accumulates more medals than him in the time trials in the individual fight, with four golds, one silver and two bronzes.

This Wednesday he swept his teammates in the mixed relay, the latest innovation included in the World Cups.

The time trial course was 44.5 kilometers between Knokke-Heist and Bruges.

The second classified was the group of the Netherlands, with 12 seconds more.

The third was Italy, 37 seconds behind.

A glorious farewell for Martin, but also sad, because the 10-time German national champion leaves disenchanted with cycling. At 36 years old, with a great physical level and gregarious luxury of

in the Jumbo, he hangs up the bike because he feels uncomfortable with the current safety measures of cycling. "The last years, with their falls, have made me rethink whether I am prepared to face these risks. I no longer want to do it. The safety of the cyclists has not improved," he warned before the start of the Flanders World Cup.

'' It was not an easy decision to make.

Cycling has been a part of my life for a long time,

with ups and downs, great successes

and defeats, falls and comebacks.

I have achieved what many young cyclists dream of doing. ''

Hit on the Tour

Throughout his professional career, Martin has suffered numerous falls, the last in this

, when he collided with the poster of a fan who put her arm in the road as the peloton passed.

"In recent months I have been thinking a lot about what to do after cycling. I was wondering if I was still ready to face the risks of our sport. I decided that I was no longer, especially since the security measures did not change much despite of the many discussions about the routes and the barriers, "he explained.

Martin has been active for 14 seasons, in which in addition to the World titles, he has won five stages in the Tour de France, two in the Tour of Spain and the general stages of prestigious events such as the Paris Nice and the Eneco Tour.

Vuelta a España 2021'Supermán 'López defends himself after his controversial abandonment: "I want to apologize"

Vuelta a EspañaThe herd gives the birthday tribute to Jakobsen