Banners and flags are banned by the police when Sirius tonight meets IFK Norrköping at Studenternas IP. The news surprises the Uppsala club. - We are worried that this creates a larger gap between police and supporters, that it only creates irritation, says Sirius club director Christer Abrahamsson to SVT Sport. 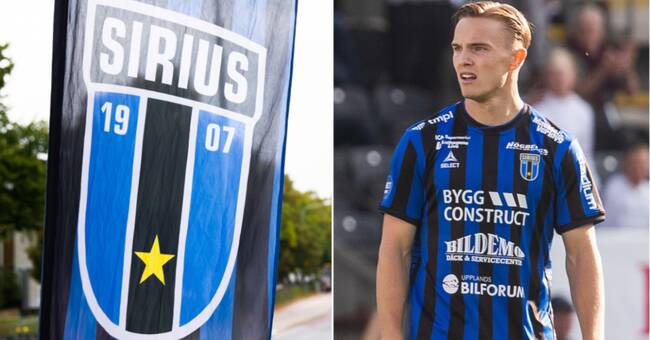 Arranging matches with the public requires a permit from the Police Authority, and in the condition prior to the match against the police, the club has been informed that:

"Banners, transparencies and similar objects (in the form of pieces of cloth or other material) that can be used to facilitate masking may be brought into the arena only if it takes place before the audience is released and the object is placed on the front edge of the grandstand."

"The message came from nowhere"

The police message surprises Sirius, who has experienced that it has generally been very safe and calm at the team's matches.

- The message came from nowhere.

We had a meeting with the police last Friday to go through the event, and this issue was never touched on, says Abrahamsson.

The fact that the police do not allow flags and banners has to do with the fact that they want to avoid supporters disguising themselves and then lighting pyrotechnic pieces, such as "Bengals".

The police's strategy against disturbances linked to sports is called the condition ladder, and since 2019, clubs have on several occasions been forced to reduce the number of spectators after pyrotechnics have been used in the stands.

The police authority has clarified its decision in a press release:

"The police authority is ultimately responsible for maintaining public order and security in society and has therefore decided to limit the use of so-called Olympic flags at a football match between Sirius and Norrköping on 22 September," the police write.

Anders Ternström, head of the legal unit in police region Mitt, believes that this is a restriction rather than a ban.

- Of course, everyone wants safe, secure and atmospheric sports events.

It is positive with committed supporters and a high mood, but if security can not be guaranteed, the police have an obligation to act, he says in the press release.

SVT Sport has contacted the police, who currently do not want to develop the decision further.