It is no longer "more than a club" .. Barcelona is drowning

The Spanish newspaper "Marca" wrote in one of its articles that Barcelona no longer knows the way to victory only, but that any team is able to defeat it, and even coach Ronald Koeman raised the white flag early. 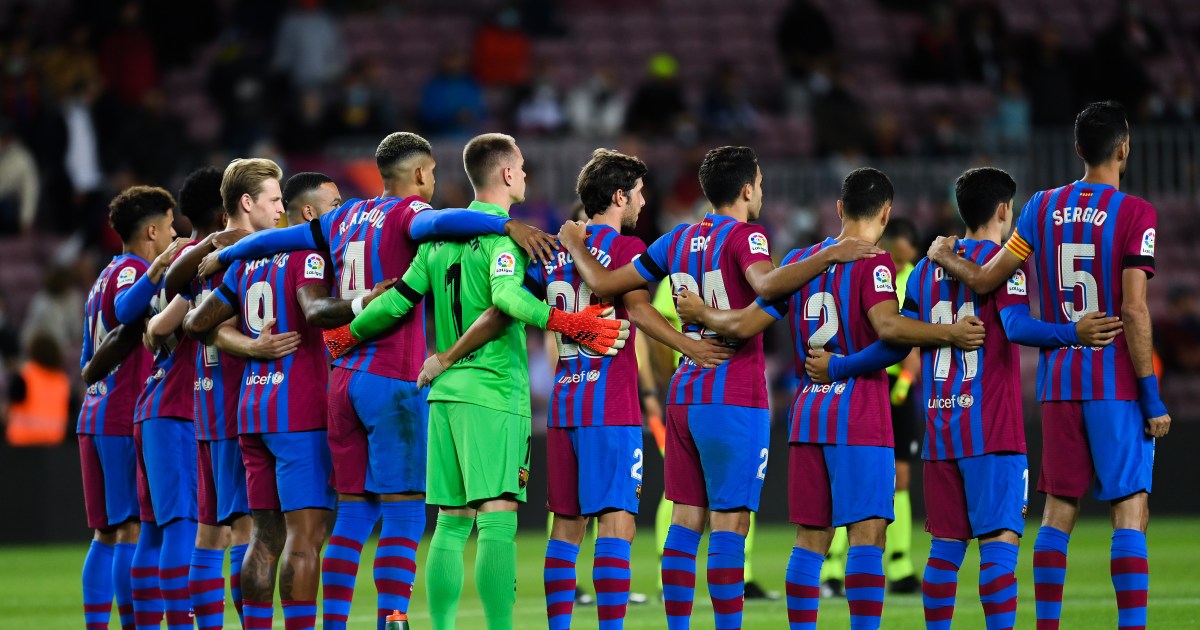 The Spanish newspaper "Marca" wrote in one of its articles that Barcelona no longer knows the way to victory only, but that any team is able to defeat it, and even coach Ronald Koeman raised the white flag early, stressing that the team is no longer the same as it was several years ago.

Barca lost a crushing result to Bayern Munich in the Champions League, and needed until the 90th minute to score the equalizer against Granada, by Uruguayan defender Ronald Arawago, and finished the match with defender Gerard Pique playing the heart of an attack.

More than that, the Barca attacking line only shot 3 times on goal, including one between the three wood, and the wingers and midfielders passed 54 crosses inside the penalty area, and the attackers did not benefit from any of them.

This number of crosses is the largest since November 2016, when the players passed 55 crosses in the Malaga match in the Spanish League.

And all these negative numbers that were presented were not lacking except for statements that may seem strange from Koeman, but they are realistic, as he says, “Barcelona must find its method, we cannot play (tiki-taka) that the team used to adopt in the past. Years".

What made matters worse for the club and its transformation from “more than just a club” (Barca’s logo) to an ordinary team lacking in spirit and determination is the departure of Argentine star Lionel Messi through the back door;

Barca's style was Messi, and when he left, the team lost everything and forgot the way to victories and the modern way of playing, and it became a normal team that any team could defeat and surpass.

And the poor performance that Barca offers after Messi is not only the responsibility of the players alone, but Coman bears a large part of the responsibility, and it may be the same problem. The team receives kicks and attacks and the players watch their opponents as if they were fans in the stands.

The former Barca player did not leave any mark in a team that still has a number of distinguished players, such as: Pedri, Frankie de Jong, Sergio Busquets, Gerard Pique, Memphis Depay and German goalkeeper Ter Stegen.

The club has become a prisoner of the dream, and lives on history, and on the style of collective football, which has become titled "The Catalan team", but modern football has become based on realism, and forgetting any star who leaves the team - quickly - even if it is Messi.

Cristiano Ronaldo left Real Madrid and was scoring 50 goals for the royal team per season, but Zinedine Zidane turned Belgian goalkeeper Thibaut Courtois, to the star of the first team, and won the League title last season, and with the arrival of Uruguayan star Luis Suarez to Atletico Madrid, coach Diego Simeone knew How to turn him into an important element in his campaign to win the League last season, while maintaining - at the same time - the solidity of his usual defense.

In view of all the above, the Catalan club president, Juan Laporta, has to ask himself questions and answer them frankly: