Hungary will be punished by Fifa after the events during the World Cup qualifier against England on 2 September. During the match, the English players had to endure racist attacks from parts of the Hungarian audience. They are now punished with two matches without an audience, and a fine of almost SEK 1.9 million. 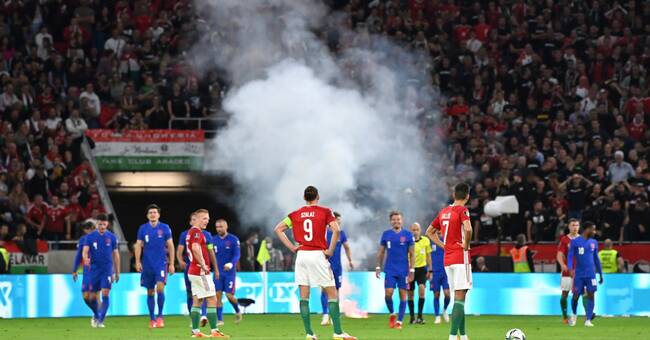 The Hungarian Football Association is punished by Fifa after the events of 2 September.

It was in the World Cup qualifier against England that several players in the English team had to endure racist attacks from Hungarian supporters.

"After analyzing and taking into account all the circumstances, especially the seriousness of the incidents (racist incidents, throwing objects, lighting fireworks and blocking stairwells), the committee has decided that Hungary will be penalized with two matches without spectators in Fifa-related competitions." , Fifa writes in a statement.

They are also punished with a fine of just over SEK 1.9 million.

Uefa has previously also punished Hungary with games without an audience.

This after the events during this summer's European Championship finals where racist attacks and homophobic banners were displayed during the matches in Budapest.

Eric Cantona kicks a supporter into the stands