Italy took their first European Championship title in 16 years when they won the final against Slovenia 3-2 in Katowice late on Sunday night. - The key to victory was our hearts. I'm so happy, says Daniele Lavia to the International Volleyball Association. 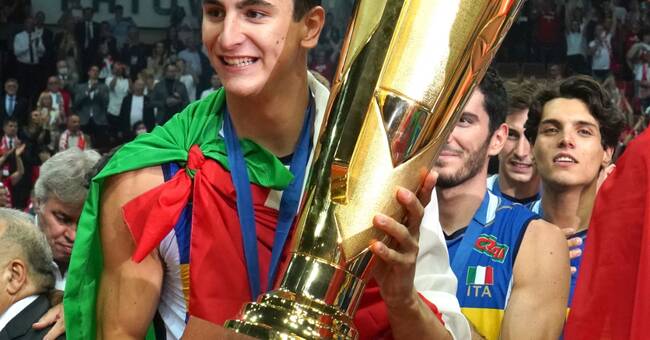 At 14-10, 15-10 came up in the graphics and won the Italian match, but the referee ruled out the points because the Italian player was over on the Slovenian side and angled the ball in, a decision that was challenged with a "challenge".

It was instead 14-11 and the Italian coach took a timeout when Slovenia was to serve.

There was a serve error by Klemen Cebulj and the Italian players formed a pile on the floor and hugged.

Hard-serving Cebulj was in despair and had to be comforted by his teammates.

"Both teams had earned the gold"

- Italy believes in their game and works systematically into the match, does not change too much, and is slowly looking back to the game that has taken them so far.

It was a good match and both teams had earned this gold.

Perhaps they wished that Slovenia had been allowed to take its first gold, says SVT Sports expert Andréa Jacobsson.

Slovenia pressed Italy hard but just like 2015 and 2019 had to settle for the silver.