Italian journalist about Zlatan: "No longer the god he was"

Just days after Zlatan's comeback in Milan, the heel problems came and he was injured - again. Concerns about how long the superstar's body will last at this level are constantly being reminded. - He is beginning to realize that he is no longer the god he was - but a god who became human at the age of 40, says Luigi Garlando, journalist Gazzetta dello Sport, to SVT sport.&nbsp;&nbsp; 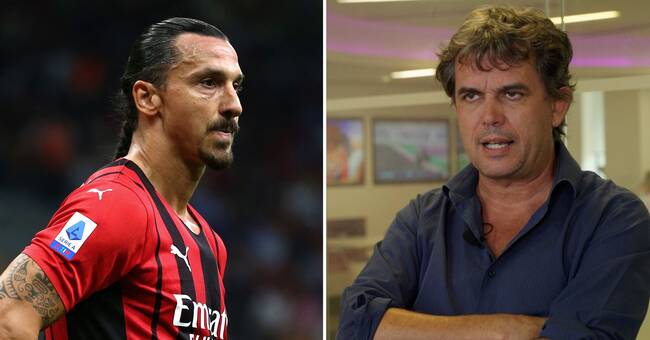 Luigi Garlando has seen many great players in his job over the years.

But no one who at the age of 40 showed the same fervor about Zlatan.

At the same time, there is concern in Milan about how long Zlatan's will for steel can repeal the laws of nature.

-I absolutely believe there is a concern.

People waited for four months, then he played a match and injured himself again.

Then it is clear that you are worried, says Luigi Garlando.

"He is more sensitive"

Luigi Garlando still believes that Zlatan is mature enough to handle everything.

Garlando finds it fascinating how Zlatan has evolved and changed in recent years.

- He begins to realize that he is no longer the god he was - but a god who became human at the age of 40.

He is more sensitive now and I think he is therefore more fascinating.

It's a beautiful phase he's going through, says Garlando.

One of them is "adrenaline".

Zlatan cannot exist without a challenge, a challenge that brings out everything in him.

He would probably have quit if he had not found the challenge of taking Milan back again, he says.

But then a word has been added - "balance".

A word that Zlatan did not use a few years ago but which he expresses more and more often now.

- Then he was not interested in balance, on the contrary, he wanted to create anxiety.

I think this balance reflects Zlatan at 40, the new Zlatan.

He wants to be god but realizes that he is human and must be careful.

Zlatan's age is increasingly beginning to be reminded of the injuries he suffers.

It is still unclear how many matches he will miss due to the hamstring.

The question many ask themselves is whether Zlatan will be able to play the season out, and whether he will hold the World Cup next year.

- I think he can still play because he has such self-discipline and an exceptional physique, says Luigi Garlando.