The inexplicable Spanish slump in MotoGP

A year later, Dani Pedrosa and Jorge Lorenzo passed their hatred around the circuits and Spanish motorcycling became dominant, but in 2007 the only World Championship in the category ... 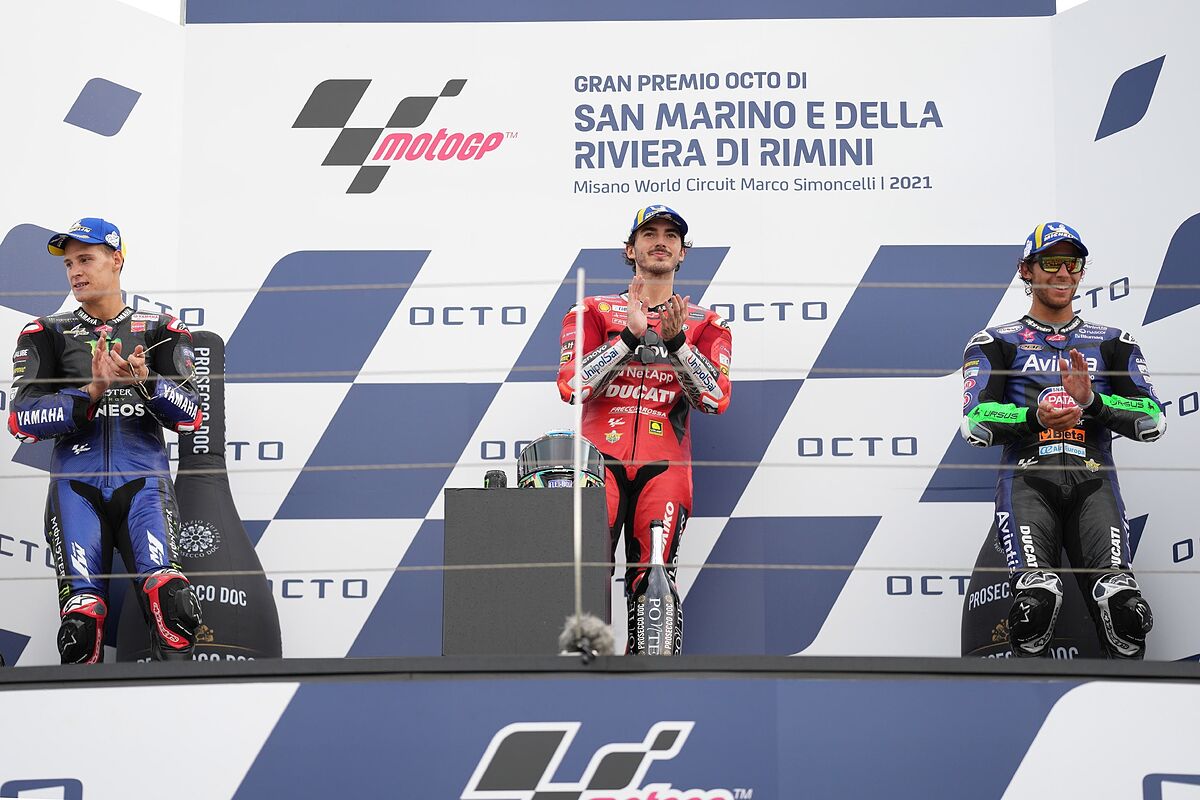 passed their hatred around the circuits and Spanish motorcycling became dominant, but in 2007 the only World Championship of the premier class held was still that of

and a victory was a rarity. Now, 14 years later, many, many successes later, that poor situation has returned: only three Spanish victories in the entire season, one representative,

, third, among the top six of the championship ... This Sunday in Misano, For the fourth time this year, there was no Spaniard on the podium and the fact is that no one in MotoGP can find an explanation. Maybe there is no explanation.

"Spain is the number one country in the World Cup,"

confirming a reality. The organization is still run by a Spanish company, Dorna; nine of the 20 fixed pilots are Spanish; four circuits in the country host races; since 2010 there has only been one 'foreign' champion - in 2011,

. But something has happened this year.

Or rather, many things have happened this year.

And surely only one is structural: Ducati's dominance.

For the first time in history, the Italian brand subdues the World Cup to the point that there is a risk that it will become a single-brand competition.

Three of the top five in the standings are Ducati riders and, almost by tradition, none are Spanish.

Although there have been Spaniards in the Italian brand - right now Jorge Martín and not so long ago Jorge Lorenzo - the most common is that they bet on young people from their country and this is how, for example, the evolution of Francesco Bagnaia is explained.

Yesterday he won and is already the only threat to the title of Frenchman Fabio Quartararo, who will have to wait at least until the end of October to celebrate.

The decline of Honda

In contrast to the rise of Ducati is the decline of Honda, which, due to its historical union with Repsol, has been betting on Spanish riders for more than a decade, but the rest of the reasons for the country's crisis are circumstantial, not paradigmatic. First, and in capital letters, the injury of

, then the disastrous passage of

for Yamaha and thus several individual reasons: the lack of adaptation of

to the Honda, the inexplicable irregularity of

and his injury ... in Spain still has plenty of

talent in MotoGP, but this year almost everything he has gone wrong.

That the next course is so gray is unlikely.

Although Quartararo is once again the benchmark as current champion and although Ducati maintains its preponderance, it is difficult for pilots of the level of Márquez or Pol Espargaró to finish so far from the best.

The first, weighed down by his physique, has only added two podiums this year and the second, none.

They, along with the Suzuki (Rins and Mir) and Aprilia (

, should reverse the situation and keep Spanish motorcycling as the foundation of the World Championship for a few more years.