In their first match since the Olympic final, world number two Sweden won only 1-0 against Slovakia in Senec when the World Cup qualifiers began. 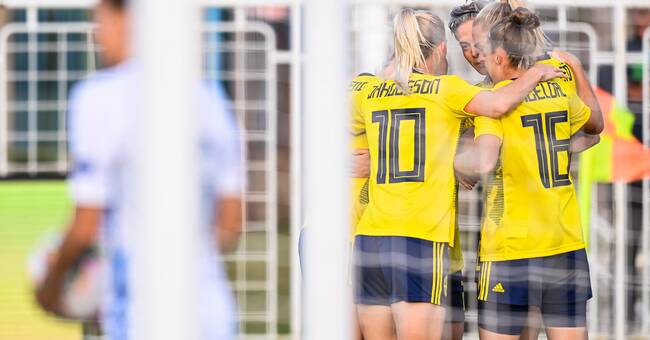 Although Slovakia did not have a single goal chance during the match, it was still nervous when the home team got a corner in extra time.

However, the ball could be cleared away from the penalty area.

Already after 85 seconds, Sweden should have taken the lead but Filippa Angeldahl chipped the ball over the goalkeeper and crossbar in free position.

It took until the tenth minute before Sweden broke the deadlock.

Sweden pressed very high up and Lina Hurtig got hold of the ball and drove it down to the short line and then played obliquely inwards back to Fridolina Rolfö who could put the right wide side there and place goal 1-0.

Sweden had several chances, especially in the first half, but 1-0 stood for a Sweden that constantly got stuck. In the latest European Championship qualifier, Sweden won against the same opposition, Slovakia is ranked 45th in the world, with 7-0 and 6-0.