Sjöstrand on internal criticism: "Does not really share that image"

More than half a million kronor from the project "Everyone is different - different is good" has been handled incorrectly. At the same time, employees are alerting about misconduct and a culture of silence within the Swedish Football Association. 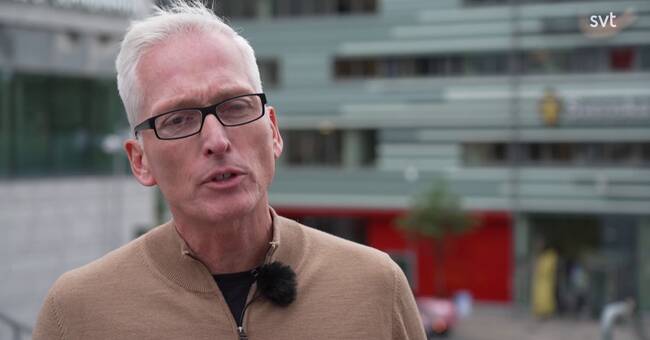 - My general opinion based on the surveys and heart rate measurements we do is that we have a very permissive, open and good working environment, says Secretary General Håkan Sjöstrand.

SVT has been in contact with a number of people within or near SvFF who feel that they do not dare to raise criticism internally for fear of reprisals.

Håkan Sjöstrand says that there is new information for him.

- I do not really share that image, but it is a serious statement and of course I will follow it up and see what may be behind these views, says Secretary General Håkan Sjöstrand.

SVT has in several articles told about the former manager who had to quit after it was discovered that the person granted financial contributions to associations where the person himself was involved.

Only after SVT's publications has the union begun an external investigation of what happened - and several sources believe that the management wanted to silence the incident.

- When I found out about this case, I was very disappointed.

I understand that employees also react in the same way, but then we have different roles and areas of responsibility that we must also handle in as sensible and correct a way as possible, says Håkan Sjöstrand.

According to information to us, there were people within the union who wanted to report the incident to the police, why was it not done?

- We took the help of external legal expertise to see how we would handle it as correctly as possible and came to the decision we made.

We made sure that the money that was incorrectly paid was paid back, the employee has terminated his employment and now I have also proposed to the board to appoint an independent investigation to see how this matter has been handled, he says.