Madrid-Milan, the wild promise of Alberto Contador: "It is the most beast I have done in my life"

The fault is Lorenzo Fortunato and Monte Zoncolan. That foggy and epic day in May, the 14th stage of the Giro, Alberto Contador's passion was unleashed in streaming .... 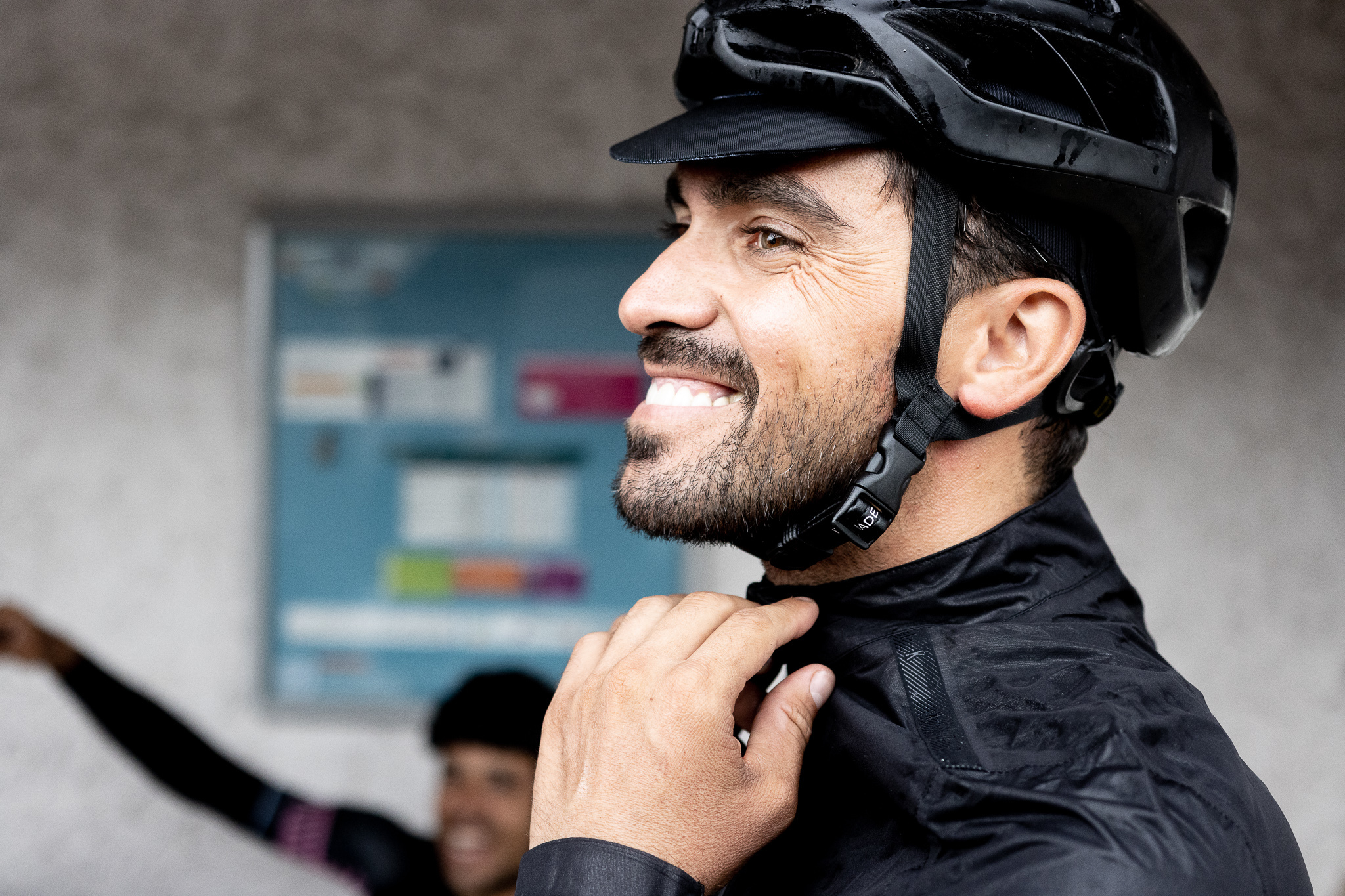 and Monte Zoncolan. That foggy and epic day in May, the 14th stage of the Giro,

. The Madrilenian suffered from his Italian hotel room, "more nervous than when he ran", while his pupil twisted on the slopes of the Alpine colossus towards a historic victory for Eolo-Kometa, his new team. And between screams and viral screams, a promise: "We're going from Pinto to Milan!"

Four months later, after a meticulous preparation for the challenge - his great friend, the physiotherapist

was the one who designed the route - there goes Contador, 1,600 km in six stages, accompanied by nine members of what he calls the

, the group of friends-cyclists with whom the Pinteño maintains his idyll with the bicycle after his retirement in 2017. When speaking with EL MUNDO from Gap as soon as the fourth day ended, almost at 8:00 p.m., you notice the fatigue in tone of voice. “These are difficult days. In the same day you go from having one state of mind to another four or five times. Because in the end it is complicated, punctures, one that is not well, the rain, the wind ... », describes the winner of Tour, Giro and Vuelta.

A challenge that is more than just a way of honoring Fortunato's feat and the good footing of that commitment to grassroots cycling with which Contador inaugurated his Foundation a decade ago and which took shape with the professional team that Eolo now sponsors ( Italian communications company) and Kometa (food specialized in sausages, cheese and meat).

And that he rides with Aurum bikes, the brand he launched together with

At more than 260 km per stage, from sunrise to sunset, the

is encountering all kinds of inconveniences on its way.

«Today (yesterday), has been the shortest day and we have been riding for nine hours.

It is a real madness.

The "curse" of punctures

For example, the rain and cold that accompanied them yesterday on their journey from Montpellier to Gap, quite an odyssey. There was a moment where they even had to put the bike on their shoulders. «Because the

and what happens is another. There was a road that was busted and there was no choice but to take the bikes, it was the only option, "he confesses. Or the punctures, "like a curse", with which they released their passage through France, last Wednesday. Another especially rough day of more than 10 hours (318 km, more than 2,000 meters of accumulated unevenness and that which the ports avoid), in which, however, they also had smiles.

Because companionship is the key to this adventure in which they explore their own limits: «See that your body is capable of covering 1,600 km in six days. If they tell you before they do it, it would be hard to believe it. "We are going as a team, because that is the point, have fun and laugh at the bad faces of one, when another stays ... That is the spark of these experiences," he says and admits, without dropping the rings, who never faced anything like this in his career: “I have never done so many kilometers. It is the most beast, without a doubt. Tremendous kilometers.

Of course, despite the pain and accumulated fatigue, the

is finding allies on its way. After leaving Pinto on Monday at 7 a.m. and after traveling the 368 km that separated them from Zaragoza, the first stop,

accompanied them on part of their journey to La Seu de Urgell. Through Andorra, they pedaled together with

their journey happy with the best supplies: chocolate buns for everyone. That day, a visit that strengthened the group a lot. Of

, the woman who with her struggle managed to change the Penal Code to toughen the penalties for reckless drivers, after the fight she carried out after the death of her husband,

, hit by a truck. The last stage, the triumphant arrival in Milan (the same place where the Giro ends) tomorrow, next to him will be

Nor will it be the last.

In July of last year, he completed Everesting, the 8,848 meters of accumulated positive elevation gain on the planet's roof, on a morning in which he ascended 78 times the hardest kilometer (around 12% on average) of the Segovian ascent to Navapelegrín .

Last April they also gave a complete tour of the Community of Madrid, no less than 301 km at an average of 34 km / h.

For now, let's finish this.

There will be time to think about other things.

Vuelta a España 2021Roglic's triple crown in the Spanish wasteland