The three games that will mark Koeman's fate: Granada, Cádiz and Levante

Ronald Koeman called for time after the loss to Bayern. A humiliating result, more for the forms, for the fact that it seemed that the Bavarian team, in many moments, ... 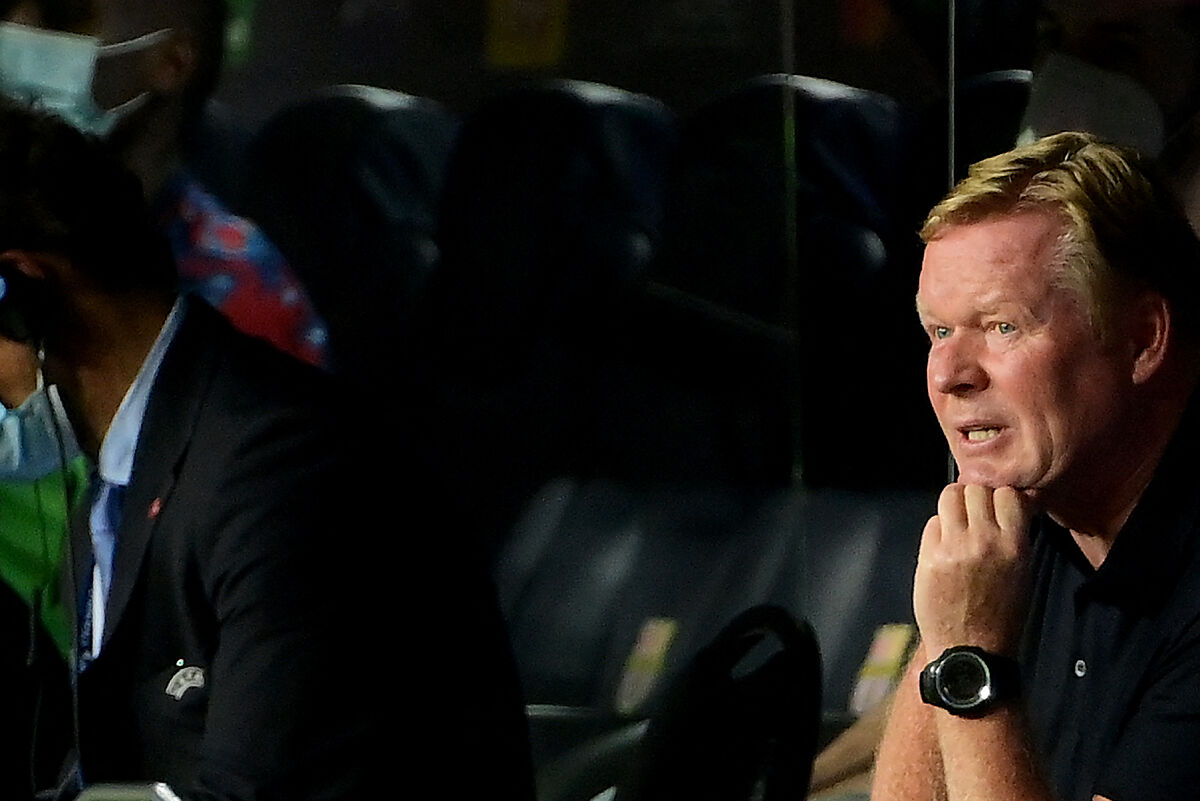 called for time after the loss to Bayern. A humiliating result, more for the forms, for the fact that it seemed that the Bavarian team, in many moments, acted as forgivers, than for the overwhelming 0-3 that the Camp Nou scoreboard showed. The Barcelona coach claimed between three and four weeks of margin, to be able to recover the multiple casualties he suffers up front, but he will not have that much margin. The next three games in the League, next week, mark the breaking point.

The figure of the Dutch is more questioned than ever. And not only in the almost always convulsive Barça environment. In the own Barcelona directive several voices have already been raised against the continuity of Koeman. That, precisely, was the hottest topic that was discussed this Thursday at the board meeting chaired by

. There are even those who have claimed to cut their losses. Tempers are very heated. Above all, because of the poor image the team offered against Bayern. However, the president asked for a little more patience and finally reached an agreement by which he will wait to see what the evolution is in the next league games before taking drastic measures.

Koeman assured that things, with the return of now injured footballers, such as

, will be very different. From his point of view, it will also be decisive that

gains a little more physical shape and that

completes his adaptation to the team. The margin it has, despite everything, is narrow. And the rivals, despite the fact that, on paper, they should be auspicious, they appear almost like poisoned candy. None of them have yet managed to score a win.

Next Monday, Barça will face a

that already defeated them last season by 1-2 in their stadium and prevented them from climbing to the leadership.

On Thursday, meanwhile, he will face a

that also managed to prevail on his last visit, in this case 2-1.

visit the Camp Nou on September 26, while it fell in his last game played in the Barcelona stadium (2-1), but managed to

start 3-3 in the Ciutat de Valencia in the last preceding between both taking advantage of a huge pájara from the visitors, who wasted both a 0-2 as well as the fact of getting ahead on the scoreboard after the first equalizer of the granotas.

FootballThe crossroads of Jordi Cruyff in the midst of Barça's crisis

FútbolLaporta tries to calm the spirits after the win: "I am as hurt and indignant as all of you"