The first victory in 2.5 years

First victory in the SHL return. And besides, it came for Timrå away against Brynäs. 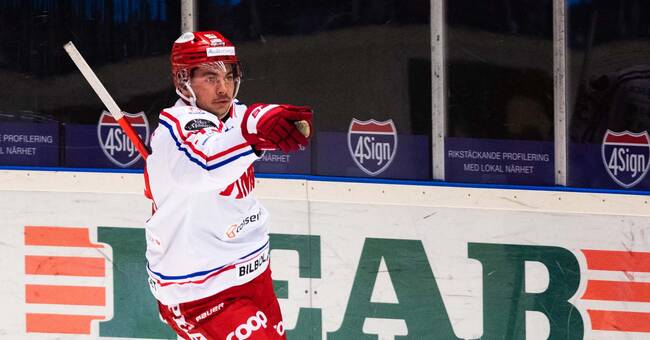 Newcomer Timrå has in the second round of the season taken his opening win in the SHL.

The club's first in the highest hockey league since March 9, 2019, and first on away ice since February 28 of the same year.

Against Brynäs, Timrå won 4–1, where Albin Lundin, who was the highest scorer in the promotion, arranged the lead goal.

In powerplay, he took care of the goalkeeper return from Veini Vehviläinen, who controlled the puck in the lateral movement and the attempt to save.

50 seconds into the middle period, the visitors extended the lead in the match.

Wrist shot by Christopher Liljewall, and when the puck was in the borderland whether it was completely over or not, Sebastian Hartmann assured that there was a goal with a petting.

2-0 there which was 3-0 through Ty Rattie, who has now scored three goals in two games.

- We have a good match plan that we play by and it works, says Rattie in C More's broadcast.

Then in the third period Brynäs shrank the distance via Noel Gunler, but 24 seconds later Jacob Olofsson in boxplay made sure that Timrå again had a three-goal lead.

Parts of the home crowd moved home from the stands and missed Simon Bertilsson's reduction which determined the end result.