Al-Nasr Futsal Team defeated its guest Ittihad Kalba (3-2) in the match that was held in the third round of the General League championship in Al Maktoum Hall, and the goals of Brigadier General Mohammed Obaid and the Brazilians Henrique and Vinicius scored, while Abdullah Abdul Majeed and the Brazilian da Silva scored a goal. 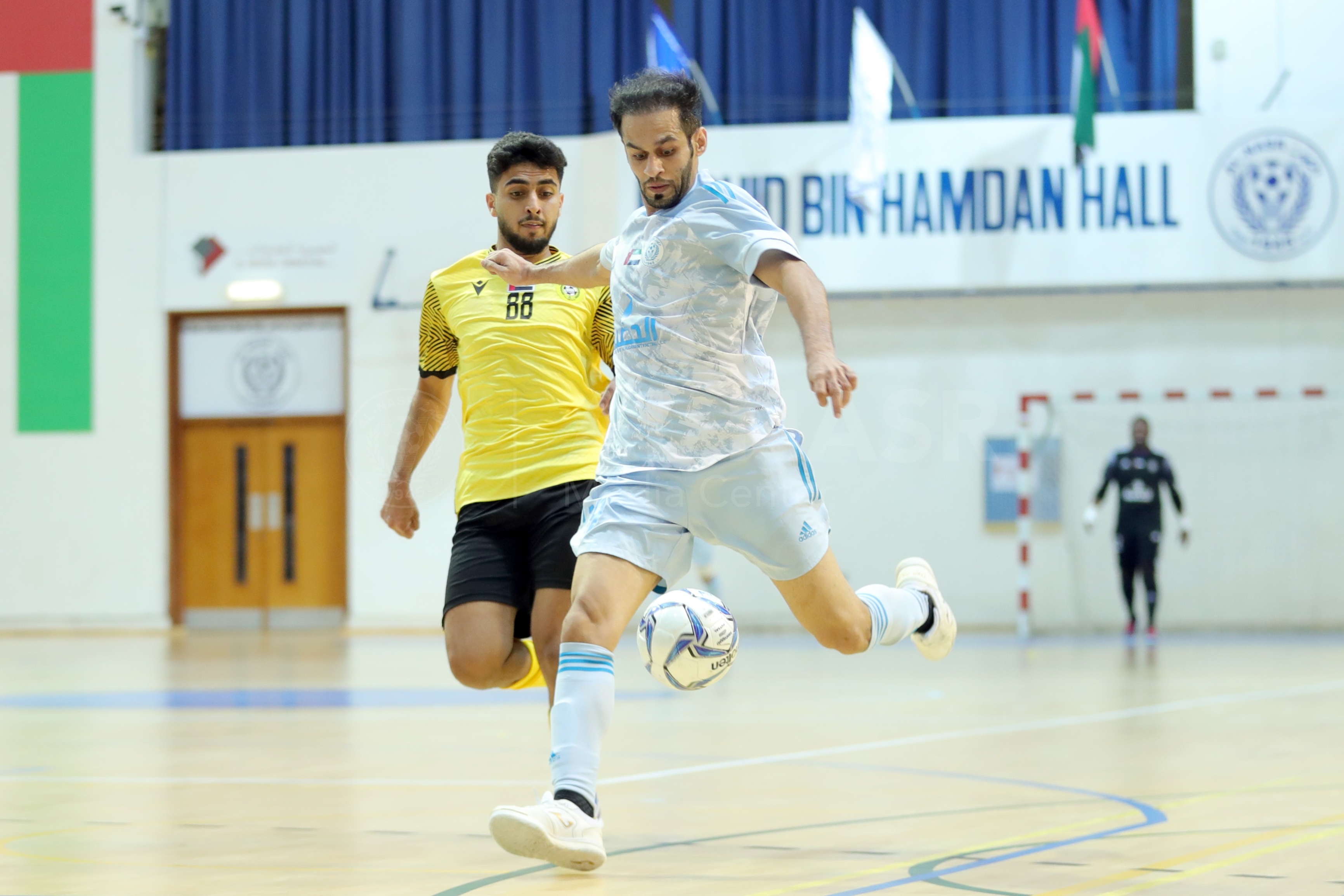 Al Dhafra team managed to defeat Maliha (6-1) in the match that was held at Baynunah Hall in Al Dhafra.

The winner's goals were scored by the two Brazilians, Antonio and Vinicius, with two goals for each, and one by the Brazilian Miguel and Hamdan Al Kathiri, while Fahd Ahmed scored Maliha's only goal.

According to these results, Al Dhafra topped the teams’ standings with nine points, followed by Al Nasr with seven points, and Al Hamriyah climbed to sixth place with three points.