The last dance: Ak Bars cheerleaders performed in Sochi at a match of their favorite team after leaving the club

The Ak Bars cheerleader performed at the Kontinental Hockey League regular championship match in Sochi at the invitation of the hosts. The leadership of the southerners took an unprecedented step to support the ice girls, which were abandoned in Kazan before the start of the season. The club said that girls in short skirts annoyed women who came to the game with their husbands. According to former cheerleader Ulyana Trigubchak and commentator Dmitry Guberniev, such a decision looked absurd. 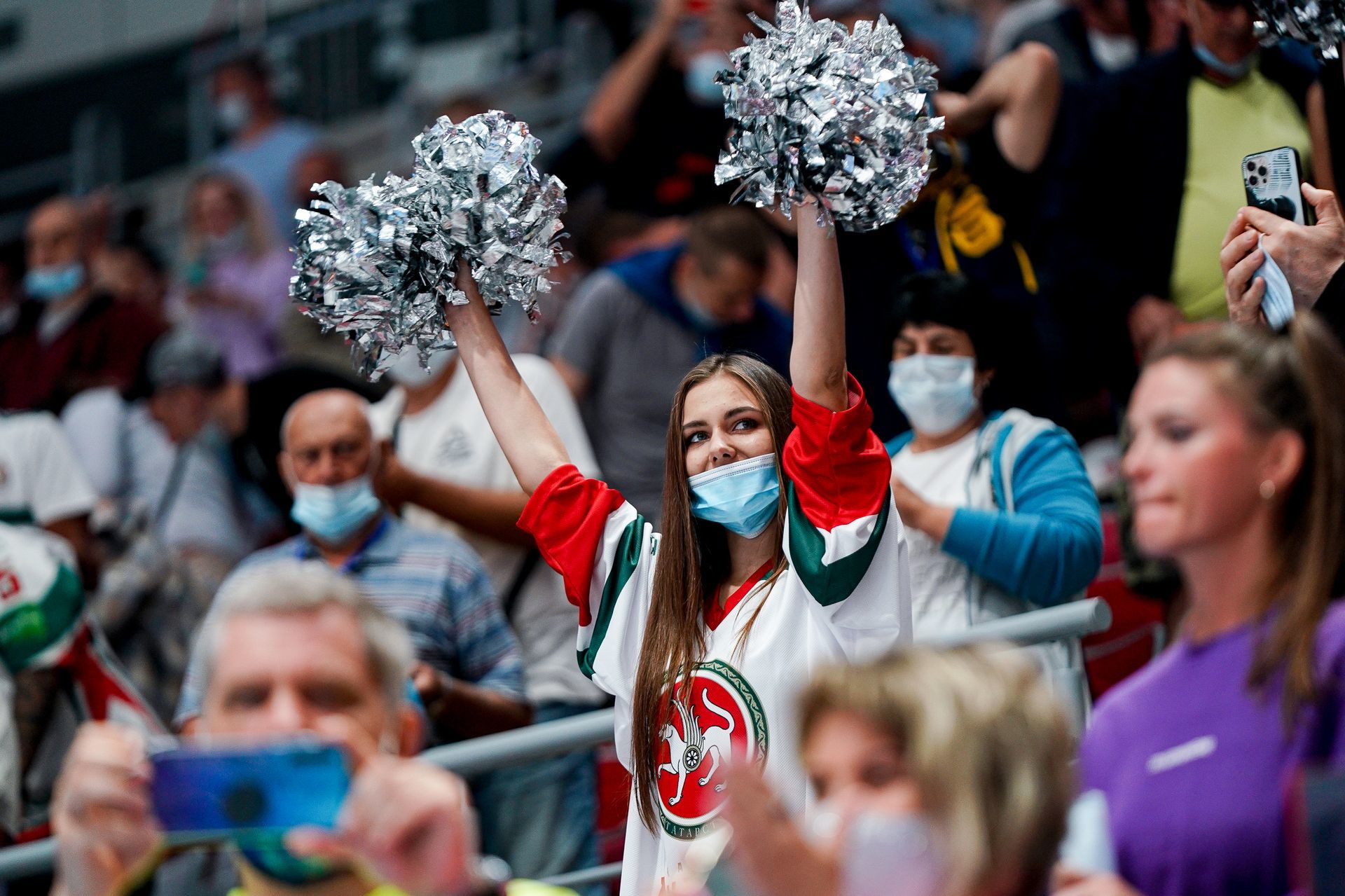 The Kontinental Hockey League (KHL) regular championship match between Sochi and Ak Bars was remembered not only for its uncompromising struggle and a bright shootout (2: 3 B), but also for the performance of the cheerleaders of both teams, which is a rarity.

Usually, dance groups fill the pauses in games and entertain fans exclusively in their home arenas, but each rule has its own exceptions.

Kazan support group Bars Angels ceased to exist before the start of the season due to the refusal of their club.

But a few days before the match, the leadership of the southerners invited the ice girls to speak at a face-to-face meeting.

The girls were allowed to perform in the same costumes in which they used to support Ak Bars.

After the meeting, the ex-leader of the "angels" Rigina Barieva from the whole team thanked the hockey club "Sochi" for such a friendly step and hospitality.

In her opinion, this is the best thing that could happen to her and her colleagues after everything that happened.

“We were greeted very warmly, and we will remember this day for a long time

We presented our last match just like that - on the arena.

Yes, we would like to hold it in Kazan, but now it is impossible.

Therefore, many thanks to Sochi for this.

Deep down, I really hope that Ak Bars will come to its senses, although this is unlikely.

But hope dies last ”, - quotes the words of Barieva Sport24.

According to her, the girls will happily return to performing at the matches of their native team, if such an offer is received, since the love for the club and their work has not gone anywhere.

The head of the Sochi press service, Vladimir Samokhin, in turn, said that the idea to invite Bars Angels was born quite spontaneously.

In his opinion, this will help not only the club, but also the popularization of the league as a whole.

“We always think about how to somehow decorate our hockey life, and the story with the Ak Bars support group turned out to be very loud.

All the media wrote about this, and the fans were divided into two camps: some supported the decision of the club, others did not.

On the eve of the game with Ak Bars, we collectively thought, why not invite the girls to this match?

We phoned, and they immediately responded to this offer, ”Samokhin recalled.

Before the start of the new season of the KHL, Ak Bars decided to abandon the performances of cheerleaders at their matches, arguing that the club took a course to maintain family values, and girls in short skirts annoyed women who came to the game with their husbands, and generally distracted them from hockey.

“When we told them about the decision, of course, the girls were upset.

But we will meet with them again and present them with valuable gifts ”, - quotes the representative of the press service of the Tatar club“ Match TV ”.

The Kontinental Hockey League emphasized that there are no clear requirements for the work of ice girls in the regulations.

That is, clubs are encouraged to attract support groups to their matches for a more positive pastime in hockey, but there is no ban on refusing them.

The Bars Angels cheerleaders felt they were being treated unfairly at the club.

As Barieva said, they were not warned about this in advance - the decision was made in mid-August, when they were recruited into the group.

According to the girl, she talked about this with the head of the club's marketing department, Stanislav Prudnikov, who allegedly said that in seven years, almost all KHL teams would refuse support.

“He has some opinion polls, according to which the wives of the fans do not want to go to hockey because of the dancing beautiful girls in the stands.

And if children see this, then they will have the wrong reaction.

We don't have any debauchery.

I don’t understand at all what I’m talking about.

It seems to me that these are very unfair words, ”Barieva was indignant.

In addition, she said that not a single woman during the performances approached her with complaints, but on the contrary, only support from the audience in the stands was always felt.

Her colleagues in the group still do not understand why they did this to them.

Some fans stood up to protect the girls.

They even created a petition asking them to bring the cheerleaders back to Ak Bars matches.

It has been signed by over 600 people so far.

According to the fans of the team, the performance of the cheerleader is one of the important elements of the entertainment program during the sporting event.

Also in the text of the statement it is said that viewers have never heard of dissatisfaction with the performance of the Bars Angels.

Former ice girl of Ufa Salavat Yulaev Ulyana Trigubchak called Ak Bars's decision absurd, noting that people come to the stands to enjoy not only the game itself, but also the pre-match show.

“If someone is embarrassed, let them not look.

Let them sit at home, put on a veil on their wives and not go anywhere.

It is very bad that some kind of creeping revolution is reaching the neighboring republic ... Then it is necessary to ban both beaches and swimming pools, where girls can suddenly appear in bathing suits.

Someone will see, God forbid, a naked beautiful body and be offended by it, ”Trigubchak said in an interview with“ Business Online ”.

Sports presenter Dmitry Guberniev also stood up for the cheerleaders, ridiculing the decision of Ak Bars in his Telegram channel.

“Is it possible to legislate the right of ring girls and support groups in hockey and basketball to please the eyes of real men? Particularly nervous ones may not even look in their direction, ”the journalist wrote.