Champions League: PSG in the costume of the favorite

Crowned with an extraordinary transfer window and its last performances in the Champions League, PSG begins Wednesday the C1 in the unexpected position of the favorite. Facing Bruges, the Parisians should ... 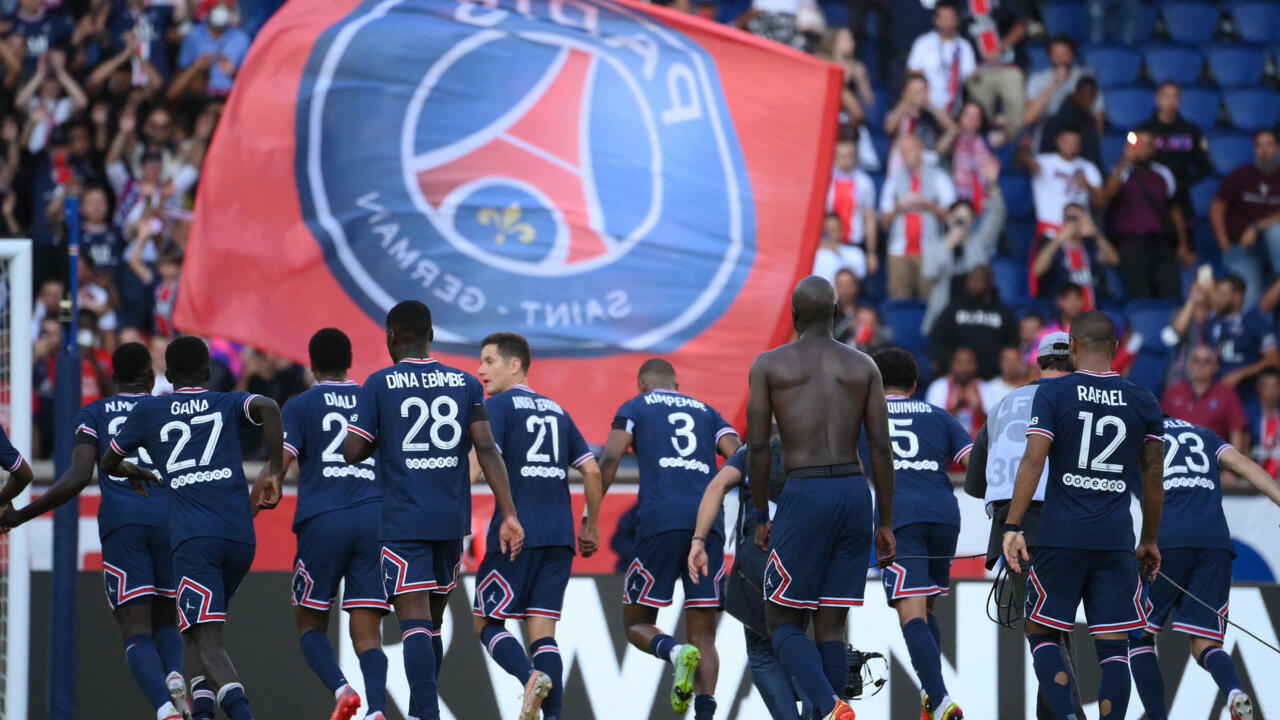 PSG's scoresheet looks like an All-star team, cut out to win any football competition.

It remains to not get tripped up in the red carpet for his start in the competition, Wednesday September 15 in Belgium at Club Bruges.

The third is the right one

"This time, it's the right one": this is the air in vogue in the French capital, which is still waiting to become the second French club to win the Champions League, 28 years after OM.

The Qatari version of PSG has always managed to get out of the Champions League hens, since the 2012-2013 edition.

Better, it has for two years used to join the last four.

In 2021, the Parisian club was eliminated by Manchester City of Pep Guardiola after a double confrontation.

This year he will meet the Mancuniens from the group stage.

In addition to this good dynamic, there is a stratospheric transfer window created by the City of Light club.

For the big ears of the coveted trophy, PSG offered themselves Lionel Messi, who was thought to be forever linked to FC Barcelona, ​​but also Achraf Hakimi, Georginio Wijnaldum, Gianluigi Donnarumma, Nuno Mendes and Sergio Ramos.

Unbeaten in the Championship (five victories out of five), PSG is currently bathed in a sweet euphoria.

And, in Bruges, coach Mauricio Pochettino should align for the first time his attacking trio Messi - Neymar - Mbappé, which is already making Europe salivate.

The whole of Europe doubts the ambitions of PSG

With such an armada, PSG has moved into another dimension. Club Bruges goalkeeper Simon Mignolet understands this easily before facing the Parisian ogre: "It's normal that we talk more about PSG than Club Bruges, we are not only playing against PSG but also against biggest star in the world [Messi, Editor's note]. We are humble, we know that we are playing against the strongest, we accept the challenge ", explains the Belgian goalkeeper.

He is not the only one to see in the Parisians the future winners of the C1. Former Brazilian striker Ronaldo himself dubbed Kylian Mbappé's teammates: "It is still too early to know who will win the Champions League, the picture begins to emerge from the quarter-finals. Paris Saint-Germain is in pole position, ”explains the Madrid legend. He warns, however: "'Winning is not mathematical, even if you have the best team. This also applies to PSG."

Ronaldo 🇧🇷 on the chances of PSG in the LDC: “It was the case for Real Madrid for five seasons with the Galacticos, but they never won the LDC.

Winning is not mathematical, even if you have the best team.

This also applies to PSG.

For L'Équipe, the leading French sports daily, PSG is the "natural favorite in the Champions League" ahead of Bayern Munich, Manchester City or Chelsea, yet the reigning European champion.

Due to the huge reinforcements arriving this summer, Paris is considered "the team to beat in the eyes of the rest of Europe".

Spanish newspaper AS qualifies Paris as "a new declared football capital" with "a dream attack line alongside Mbappé and Neymar".

For the media close to Real Madrid, there is no doubt: "It's now or never for the Parisians!"

On the Italian side, the Parisians are "doomed to win the Champions League" and have "no excuse" for failure, warns La Gazzetta dello Sport.

Watch out for the English and Ronaldo

Who could oppose a final Parisian coronation?

In addition to the Parisians themselves, known to stumble at the worst of times, the answer is certainly to be found across the Channel, where thanks to the relaxation of financial fair play (FPF), real armadas have been formed.

The English mastodons have drawn the checkbook, like City for Jack Grealish (117 million euros), and the "Blues" of Chelsea, reigning European champions, with Romelu Lukaku (115 million).

The "Red Devils" outbid by recruiting Jadon Sancho (85 million), Raphaël Varane (40 million) and, above all, Cristiano Ronaldo, the darling of Old Trafford between 2003 and 2009.

The Portuguese superstar, after three mixed years at Juventus, felt he had a better chance of lifting the 'Big Ears Cup' with the Mancunians - something he already achieved, in 2008.

After years of endless rivalry in La Liga, will we see the living legends Messi and Ronaldo oppose in the final at their respective new club?

The scenario is already dreaming.