Bayern Munich has launched its 2021/2022 European campaign perfectly by beating FC Barcelona 3-0 in its Camp Nou stadium. For Barça, everything needs to be rebuilt after Messi's departure. 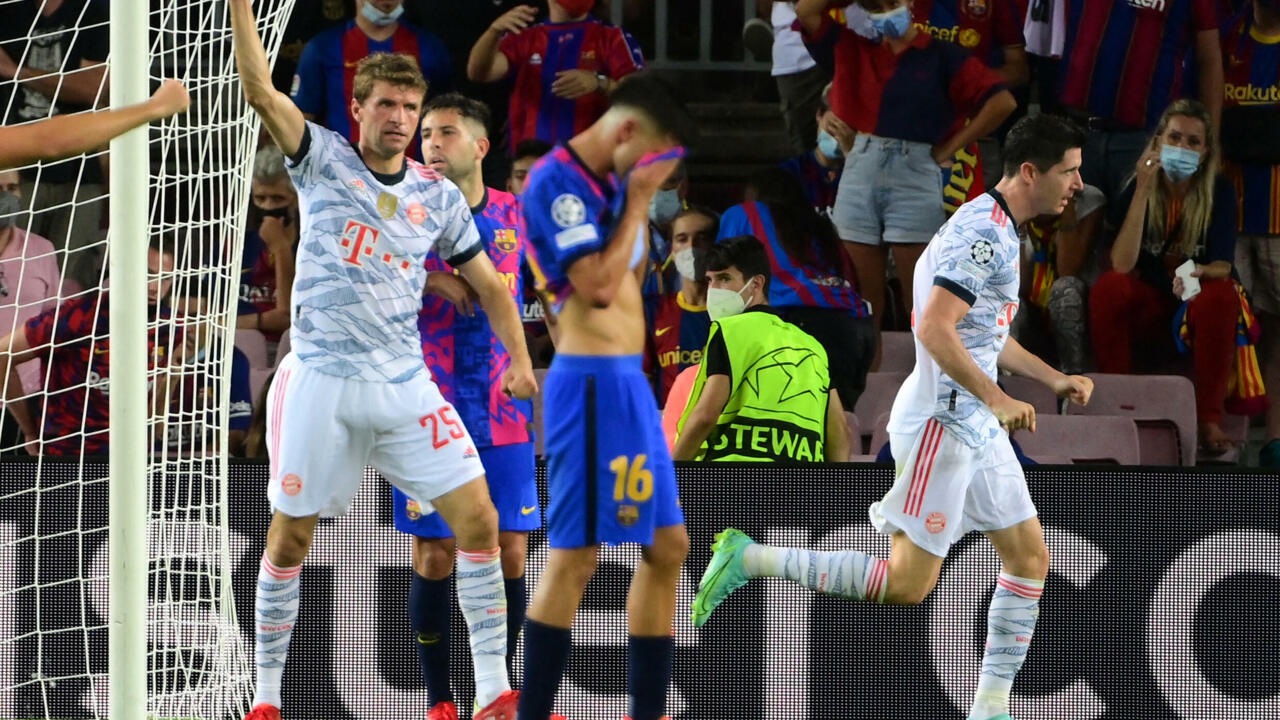 For FC Barcelona, ​​the life after begins.

After 21 years in which the Catalan club has known everything and won with living legend Leo Messi, who left for PSG, Barcelona rediscovered the Champions League without the "Pulga".

Learning the hard way against Bayern Munich who left FC Barcelona no chance.

The Barcelonans, however, have a good start to the match.

Against Bayern Munich, Jordi Alba is very restless on his left side and shows all the colors to the French Benjamin Pavard.

In front of Depay and Luuk De Jong pose problems for the Bavarian defense.

However, the first big opportunity is German.

Upon receipt of a good cross from Pavard, Leroy Sané, controls the area to the left and continues.

Barça responds with a free kick from Memphis Depay.

In the Bavarian area, Ronald Araujo does not frame his head which flies to the left (28th).

Then, the German machine sets in motion.

Left free in the axis, Thomas Müller releases with his right foot.

At the start of the second half, Bayern Munich set up their pressing directly in their opponents' half of the field.

Weaned from the ball, the Barcelona left the field open to the Bavarians who took advantage of it.

Germany's second goal seems only a matter of minutes.

It ultimately comes from Robert Lewandosky.

In fox surfaces, the Pole takes a strike from Jaime Musala which had been rejected by the post (56th, 2-0).

While Bayern Munich seemed to manage their lead, the Polish striker scored a second goal late in the game.

Again, he recovers the ball after a failed strike on the post.

The Barcelona public would have dreamed of a better scenario for their return to the Champions League while Bayern Munich started the competition in the best possible way by continuing their impressive series: they were undefeated in their last 18 trips to C1 (14 victories). , 4 draws).