The Sharjah team and its guest Al Wahda will play a heavy-caliber confrontation at the Sharjah Club Stadium at nine o’clock this evening, with a hot and exciting football dialogue within the round of 16 in the AFC Champions League. NS 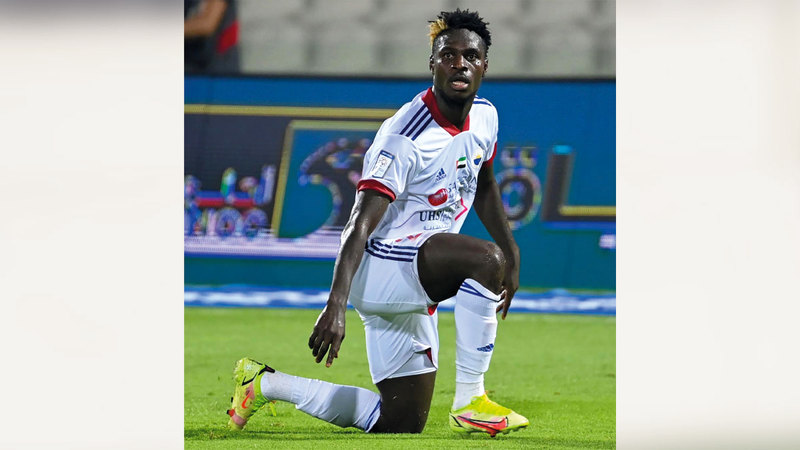 The Sharjah team and its guest Al Wahda will play a heavy-caliber confrontation at the Sharjah Club Stadium at nine o'clock today, with a hot and exciting football dialogue within the round of 16 in the AFC Champions League, as both teams seek to win and win a seat in the quarter-finals, and they have prepared The two teams did well for the match, knowing that their last meeting was in the league last season and ended in a 1-1 draw in the second round, while Sharjah won 2-1 in the first round.

The tournament system provides for playing the round of 16 matches from one match, and the quarter-finals and semi-finals “home and away”, while the final is played in one match.

Sharjah is playing today's match and is ranked second in the Emirates Professional League "ADNOC" standings with nine points behind Al Ain, which leads the standings with the same balance, while Al Wahda is in fifth place with five points, which it won in one match and a draw in two matches.

Sharjah threatens its rival Al Wahda with its striking offensive power, led by Congolese striker Ben Malango, who led his team to a precious 3-2 victory against Al Wasl in the last round of the league, and overturned the result of the match within minutes for the benefit of his team by scoring two goals in a row after entering the second half, as well as The presence of the Brazilian player Bernard Duraty and his compatriot Caio Lucas, while Al-Wahda, who started his career in the league by beating Al-Orouba with a clean four, has not shown a convincing level so far, especially in his last two matches against Khorfakkan and Baniyas, which ended in a draw, and depends on his winning cards represented by Syrian Omar Khribin. Next to the Brazilian Joao Pedro in his first Asian appearance with Al Wahda, while the international player Ismail Matar is absent from the team.

Sharjah coach Abdulaziz Al-Anbari and the Dutch unit Tin Kat seek to excel in this meeting, while it seemed that compared to the technical level presented by both teams in the league so far, Sharjah seems to be the most likely in terms of performance and level, technical as it won in the three rounds In the past, he scored the full mark and appeared at a convincing technical level, while the unit seemed so far far from the real level it was known for.

Sharjah qualified for this round after winning 11 points, topping its second group, which included the Iraqi Air Force teams, the Iranian Tractor and the Uzbek Pakhtakor, as Sharjah won four matches against the Iraqi Air Force with a clean goal in the first round, and the same team in the fifth round 3- 2 against Pakhtakor of Uzbekistan with four goals against a goal in the third round and tied in two matches against Traktor zero-0 in the second round, and against Pakhtakor in the fourth round 1-1, and lost in one match against Traktor with two clean goals.

On the other hand, Al Wahda booked the qualification ticket for this round after its victory over the Indian team Goa with two clean goals in the last round of the Group F teams, after raising its score to 13 points and occupying second place. Asia.

In the group stage, Al Wahda won four matches, as it beat Qatar’s Al Rayyan 3-2, 1-0 and beat India’s Goa 2-0, and also beat Iran’s Peruvian 1-0, tied with India’s Goa 0-0 and lost against Iran’s Persepolis in the round. The first is a clean goal.

This is the fourth time that Al Wahda has reached this role in the history of its participation in the Asian Champions, and the second with its current coach, Tin Kat.