This week's Nightline invites are with the Tokyo Paralympic athletes who have impressed us with their indomitable challenge. Today, we are with Kwang-Geun Choi, the national judo player who won three consecutive medals for the first time in judo history at the Paralympic Games in Korea. 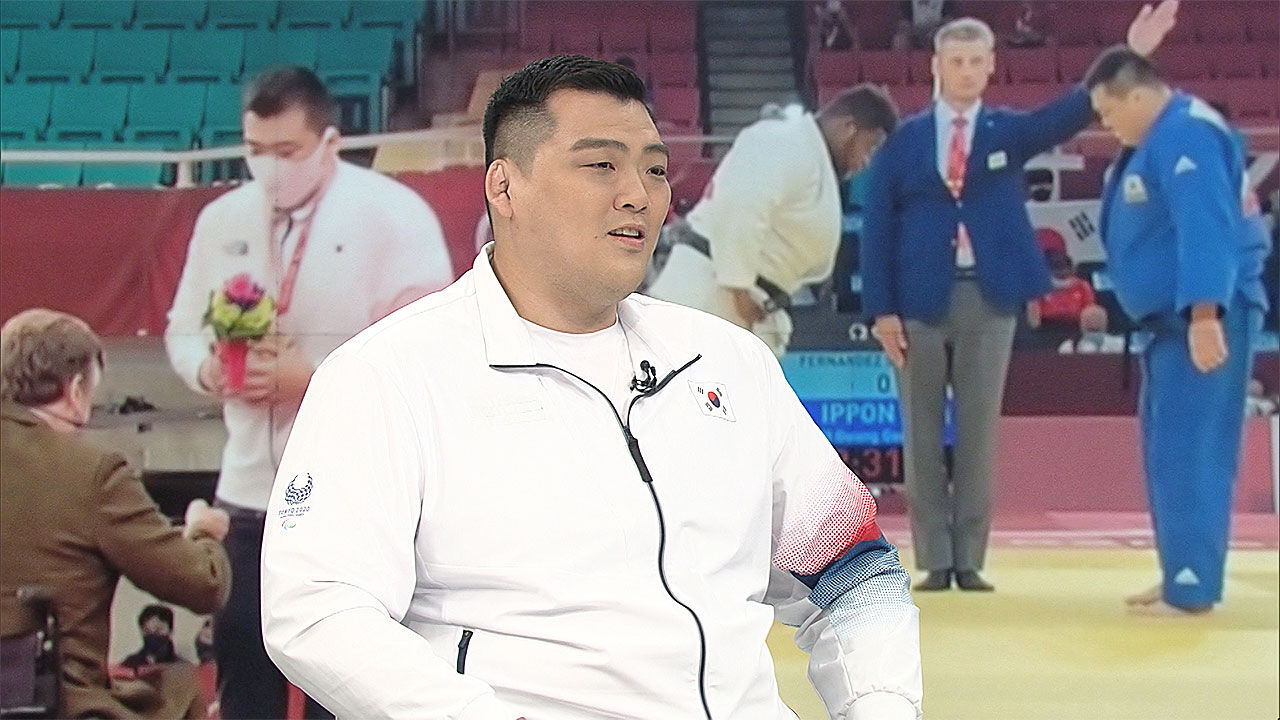 This week's Nightline invites are with the Tokyo Paralympic athletes who impressed us with their indomitable challenge. Today (July 7th) is with Choi Kwang-geun, the national judo player who won three consecutive medals for the first time in Korean Paralympic judo history.

Q. After returning home from Tokyo… How have you been?

Q. I won 3 medals in a row at the Paralympic Games… How do you feel?

[Kwang-Keun Choi/National Paralympic Judo National Team: At first, when I went to the London Olympics, I went out without really knowing anything, and I even won a gold medal, but as the Rio Paralympics and Tokyo Paralympics progressed like this, I also felt a little bit afraid. Thinking about 'I have to protect, I have to protect', I got a little bit of fear, but even to Tokyo, it wasn't a gold medal like this, I couldn't hear the national anthem, but I'm personally very happy and honored to be able to win a good medal.]

Q. 1 Paralympic Games postponed for a year... What was difficult?

[Kwang-Geun Choi / National Judo National Representative for the Disabled: It was delayed by one year, so I prepared for the four-year rotation, but I personally felt a lot of atrophy, but somehow, because I had an injury, it could be a time to reinforce that part a little more. Now that I can do it, I am relieved and I can exercise again with a little more heart.]

Q. The moment the bronze medal was confirmed… How did you feel?

[Kwang-Geun Choi / National Judo representative for the disabled: I had a match with that athlete just two months ago. But in that match, I lost by one game. I did a lot of research with Won Ji-hyun's national team, so I worked out without a break. But the moment I turned that one page, tears came to my eyes without me knowing. I think I had a better sense of accomplishment than when I was so happy and won a gold medal without realizing it.]

Q. Hugs with an opponent after a fight… What did it mean?

[Kwang-Geun Choi / National Judo Representative for the Disabled: I have a deep connection with this athlete. The thing is, in the Rio Paralympics in the previous event, I lost at the world championship before that, but I won at the Olympics. I lost at the championship again and won the Paralympics, so there is something like that, but this player is a very hard worker. So I won, but I was a little close, so I wanted to console you, and now that I have left the competition, I wanted to give it a little hug.]

Q. More than 100kg... Why did you challenge yourself in a new weight class?

[Kwang-Geun Choi / National Judo representative for the disabled: First of all, since I suffered a knee injury, the speed part fell a lot, so I was thinking about how I can do it in a better direction. It was built and prepared for it. ]

Q. Judo since childhood… If you look back on the past?

[Kwang-Geun Choi / National Judo Representative for the Disabled: At that time, when the doctor said that I had to stop judo, it was a bit difficult, but not giving up at that time seemed to be an opportunity for me in a way, and then I did, but this hurt my eyes. I didn't think it was a disability. I think I was able to hold on for a little while just saying I was injured like this.]

Q. Do you have any goals or dreams you want to achieve in the future?

[Kwang-Geun Choi / National Judo representative for the disabled: I want to play a role that can help juniors based on the career of this disabled judo athlete I have experienced, and to have such an influence that can be helpful in promoting sports and judo for the disabled. It is my goal and it is.]

(Source: Korea Association for the Induction of the Disabled)