The drama of the Afghan Paralympics: "If Spain does not save me, my life will be ruined"

&amp; # 39; We waited two days outside the airport. At some point we were shot through the dirty water we were submerged in. They trampled us because not ... 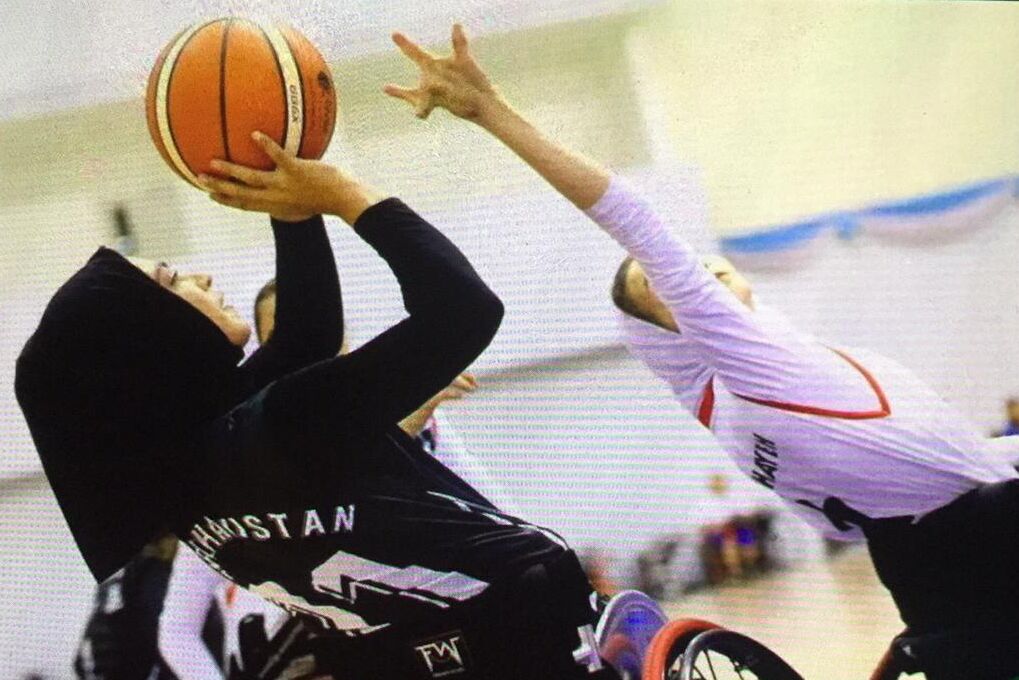 "We were two days waiting outside the airport. At some point we were shot through the dirty water that we were submerged in. They trampled us because we could not stand up well. It was an ordeal. We held on hoping to escape to Spain. Then after the explosion everything is over ", these are the statements of one of the players of the Afghan women's wheelchair basketball team.

More than 2,200 Afghans have been evacuated by the Spanish government since the Taliban took control of the city of Kabul. One of them was

captain of this team. Another player on this team also suffered the same fate as her and fled to the United States. The rest? They were caught in the chaos of the Afghan capital. 13 women who have tried by all means to flee their country. They asked for the help of

, a Spanish historian, and

, a telecommunications specialist, because they both knew Nilofar and believed that the two of them could get them the safe conduct to reach Spain. It has not been an easy task, since the situation in the capital of Afghanistan is far from peaceful, but thanks to them EL MUNDO has been able to count on the testimony of these women, who do not want to give their identity for fear of possible reprisals.

The fact that Nilofar left Kabul on a Spanish plane gave a thread of light to these women, so on August 22 one of the players contacted Alejandro through social networks asking for his help. Both Edith and Alejandro turned to

a TVE journalist, who helped them by sending all the documentation of the 13 players to the Ministry of Sports. On the other hand, Edith sent a list with all the information of the athletes to a contact at the highest level of the Ministry of Defense. Despite all his efforts, the safe conducts did not arrive.

In desperation they dared, despite the mobility difficulties, to go to the airport and wait to catch a plane and, luckily, they left the place minutes before the attacks. In fact, the last one to go was twenty minutes before the first explosion. Several had to return home after being injured or unable to continue due to their physical condition. One of them confesses the terror she experienced: "On Wednesday the Taliban started shooting at people and they ran over me, stepping on me. I can't move my legs and my whole body was paralyzed. My brother and I decided not to. we could stay longer at the airport, so they helped me get home with great difficulty. "

Another, who lost her brother and is in a wheelchair because of a bomb dropped by the Taliban a few years ago, has not even dared to leave her home: "I have tried to leave the house a couple of times to go to the airport. 'What are you doing?'

The Taliban have told me. They made fun of my disability and told me that if I came out they would kill me. "

The other option they have is to flee to Pakistan or Iran, but they all agree that it is not viable for them, due to the impossibility of displacement, since many would need wheelchairs or external help, and due to the lack of guarantees regarding their welfare in these countries. In fact, one of the players has come to assure that there they are not considered human beings. "If Spain does not save me, my life will be ruined because I have no other way to get out of Afghanistan. I am disabled. I cannot cross any border by myself," explains one of them.

All of them demand that the international community save them, as they did with the women's soccer team, because none of them have hope for their future living in Afghanistan.

"I ask the international community, please, do not leave us alone. We need your help. Do not allow our wishes to be destroyed. To take us to a safe country and allow us to continue with our education, with our sports activity. No I want to stay here and die, "claims one of the players.

There is no certain news on whether they will let Afghans out of the country again, but the thirteen players agree in the plea that they "do not forget" them and put their hope in Spain to live again.

Tokyo Games Why is Spain so good at canoeing?

LaLigaThe epiphany of the historic Superdépor banner with his son Nico