Strongly expands the lead on the European Tour

Swedish golfer Maja Stark expanded her lead in the European Tour competition in Åhus. Before the final round, she has three strokes to go in the hunt for her first victory on the tour. 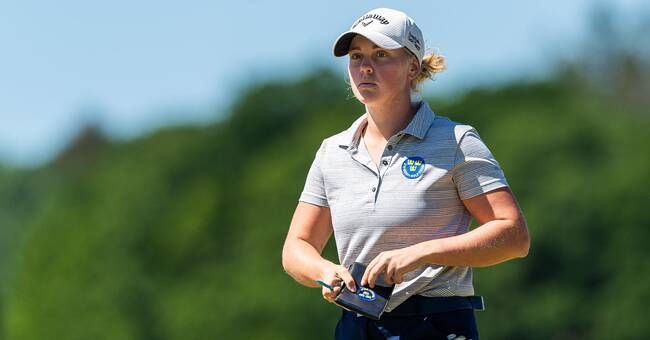 The nerves were reminded during Saturday's game, but Maja Stark still succeeded better than most in the Scanian wind.

With a 71-round, she was one of only five players who managed to go under par.

In this way, she also extended her lead in the Creekhouse Ladies Open - which is decided at Kristianstads golf club in Åhus - from two to three strokes before the final round.

- On many recordings, I felt my heart beat.

A lot now at the end but also the whole first nine.

I could feel my heart beating through the jersey when I was about to hit, says Stark to Svensk Golf.

The lead would have been even bigger if she had not bogeyed both on the 16th and on the 18th hole.

Still, she was happy with the day as a whole.

- I tried to stick to my routines and I did pretty well anyway.

I hit quite a few good shots but unfortunately did not get in all putts, says Stark.

Maja Stark has made a name for herself by becoming the best Swede in the major competition US Open the last two years, both times as an amateur.

But this weekend's competition is actually the 21-year-old's only second appearance on the European Tour.

Before Sunday, she is most closely chased by the Thai Atthaya Thitikul, who is three strokes behind.

In third place, another stroke behind, it is also Swedish in the form of Linn Grant.