The Allsvenskan player speaks out about the accusations

The all-Swedish player Kolbeinn Sigthorsson has been accused of sexual abuse. Now he speaks out in an open letter. "I am against all forms of violence," he said in a statement. 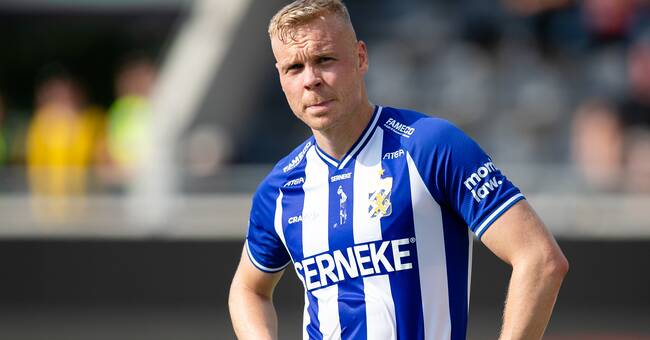 Earlier this week, the news came that the entire board of the Icelandic Football Association is resigning.

The reason was that the association in an interview denied that a national team player, Kolbeinn Sigthorsson, had subjected a woman to sexual abuse four years ago, despite the national team player having apologized to her for her actions afterwards and settled with her in good faith.

Following the recent attention, Sigthorsson, who also plays for Allsvenskan IFK Gothenburg, chooses to write an open letter via his agent.

"I regret my behavior during this period and can only emphasize that I am against all forms of violence.

I am still working today to improve my behavior ", he says in a press release according to Icelandic media.

The Icelandic federation must in all years have known about what happened, but not acted, according to the woman.

The assault must have taken place at a nightclub in 2017 and Sigthorsson must, according to Icelandic media, have subjected two women to abuse the same evening.

He continues to write in the open letter:

"I regretted my behavior, took responsibility and offered to resolve the situation between us.

She and her friend demanded an apology and financial compensation, which I agreed to.

Thus, the incident was settled ”.

He denies the crime but is remorseful for his behavior.

“In the last years of my life, I have not been heading in the direction I wanted.

I suffered a serious injury and my career was in danger.

During that period, my inappropriate behavior became problematic.

However, my behavior was not without faults, for which I have also apologized ".

Gothenburg: "Want to talk to him"

IFK Gothenburg has announced that they handle the matter internally.

Yesterday, sports director Pontus Farnerud said that it is not relevant to break Sigthorsson's contract at the moment.

In a text message to SVT Sport, club director Håkan Mild writes that Gothenburg does not reason differently now than before.

"I want to talk to Kolbeinn when he is back and then we have to deal with the situation," writes Mild.

Do you reason in the same way as Farnerud, that it is not relevant to break the contract?

"He said today and it is not relevant today.

Wants to meet Kolbeinn and then handle the situation. "