Daniel Ståhl won the Diamond League. In the sixth and decisive round, he threw 67.01 - just over five meters ahead of runner-up Fedrick Dacres. 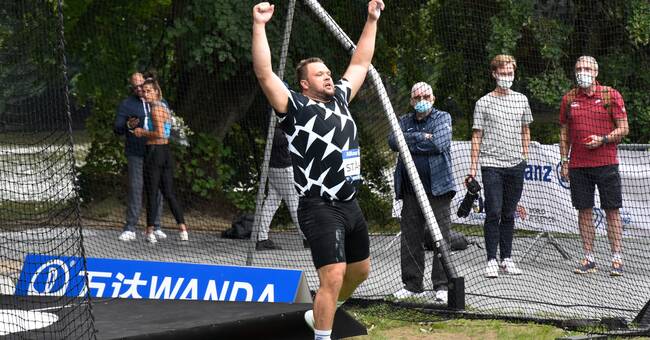 Already in the first round of the Brussels Diamond League, which was arranged in a park environment, Daniel Ståhl showed that he would be hard to beat.

The Olympic champion started with 69.31 and was thus noted for the world's fourth longest throw this year, and the Swede's second longest (after 71.40, which he threw in Bottnaryd earlier this summer).

Then followed three straight crosses in the protocol.

In the final round, where it was to be decided between Ståhl world number two Kristjan Ceh and Fedrick Dacres, the 29-year-old won the competition with a throw of 67.01.

Second was Dacres at 61.75 before 22-year-old Ceh, whose throw was annulled.

For Simon Pettersson, who took the Swedish Championship silver last Saturday, it was all the more difficult.

The 27-year-old missed the last round and finished sixth with 63.57 as the best throw.

On Friday, the Diamond League gala resumes in Belgium, when, among others, Armand Duplantis competes again, but then at Kung Baudouin Stadium.

For the discus duo, Finnkampen is waiting this weekend - which SVT broadcasts - before it's time for the Diamond League final in Zurich on 8 and 9 September.