Roglic makes checkmate in the chess of Covadonga

Perico Delgado, &amp; apos; Lucho &amp; apos; Herrera, Nairo Quintana or Marino Lejarreta were illustrious who can count on having raised their arms in the Lakes, one of the mythical climbs of the ... 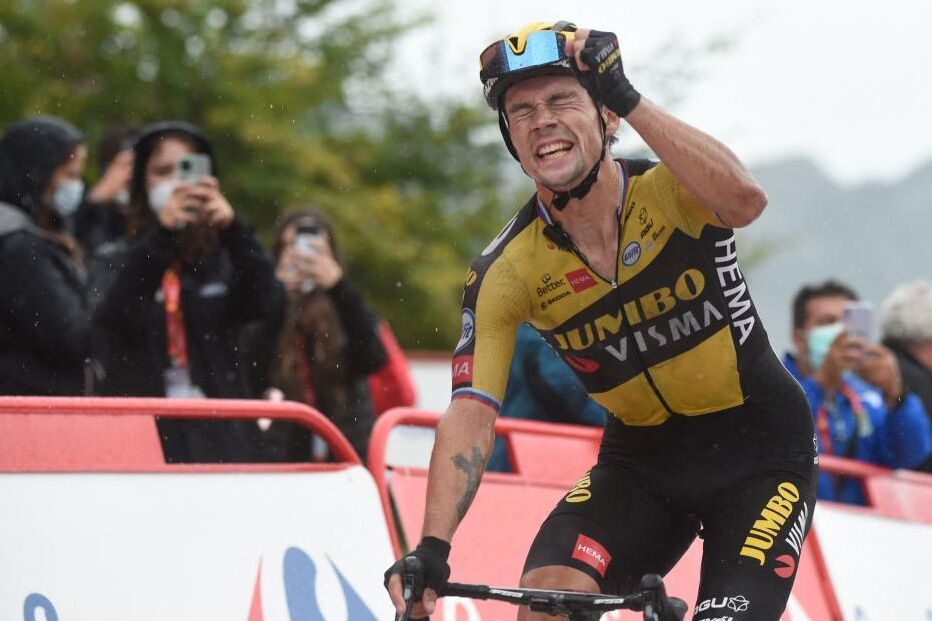 or Marino Lejarreta were illustrious who can count on having raised their arms in the Lakes, one of the mythical climbs of national cycling, and now

can rest easy after a day that is preferred enjoy from the sofa at home.

With half the job done, the Slovenian king again brought out his race and put the destroying hammer to work to sentence the red one in Santiago if there is no misfortune in this last week.

The green Picos de Europa, watered with abundant water even in summer, set the stage for a game of chess that grew hotter the brighter the road shone. Even with all the strategies and possibilities known to those of Unzué, the true protagonist of the race decided to break with any scheme and shake hands with

in an adventure that began more than 60 kilometers for Covadonga and ended alone at the finish line.

There, the faces of disbelief at what had been witnessed were taken to the bus by the

because, despite the fact that

break the race was known, the blow was so strong that it left all the squads on the wire. With the race irretrievably going ahead, the minutes did nothing but fall like slabs in the chasing group, where the Blues relived one of those days that leave fans and runners cold.

The balance of the escabechina ends with

as the new red and a new main actor like

, who came out with the knife between his teeth demonstrating his recovery of the best state of form. The surprise occurred from the front but not from behind, where the Norwegian

fell mature, even literally, in the dangerous descent of Collada Llomena.

puts an end to the best seven days of his career on a bicycle, while the sore

managed to recover from his accident in Cantabria, but also withdraws from any fight.

The other great piece of the puzzle in the name of

, who was the strongest in the final sprint.

A rise for history

In 1983, when the climb to the sanctuary was included in the road book for the first time,

, who by then already he had climbed to the top of the podium in Paris four times. On this occasion, and with maximum fatigue in the legs, the two triumphant passengers had to leave all the gasoline on the pedals when

, who came to cut the difference to just over a minute and a half before the 15% ramps at La Huesera.

Right there, where the sign points to the sky, Roglic set the triumphal march demonstrating to have managed the effort better and changed to the predatory grin.

In the umpteenth exhibition he even left the brave Bernal, who was shipwrecked in the attempt in the last kilometers.

If the first great appointment with the mountain has been completed with a turnaround to this Vuelta a España, the unexplored

appears on the road

, a very tough 14-kilometer colossus grazing 10% of average slope and anything can happen ... except the change in Roglic red.

Return to Spain The time of Enric Mas against King Roglic