Enrique is resting stars - not tired of Sweden

A long European Championship for many players, some even got to play the Olympics and club team football is already underway. Luis Enrique does not want to tear down his national team players. That is why seven players from the European Championship squad are above the World Cup qualifier against Sweden. - Rest is necessary. We have valued each player's situation, says the Spanish national team captain. 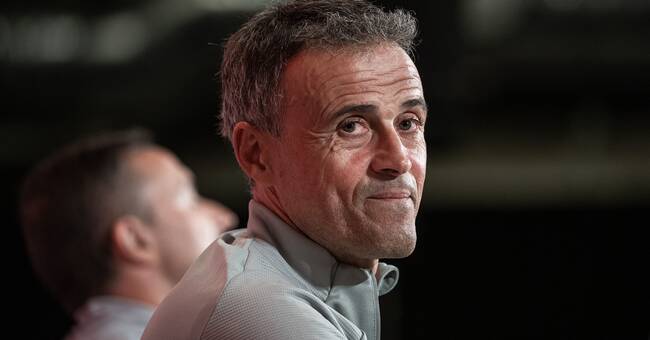 "We decided that the best thing for them was to rest, but everyone wanted to come," Enrique told the Marca newspaper recently.

The trio Pedri, Olmo and Oyarzabal played both the European Championships and the Olympics this summer.

However, both Unai Simon and Eric Garcia are judged to be fresh enough for three qualifying matches in a short time, despite participating in both championships.

After the visit to Solna, Georgia is waiting at home on Sunday and Kosovo away for this summer's European Championship semi-finalist.

Not tired of meeting Sweden

Enrique was not happy with the European Championship premiere against Sweden in Seville in June.

Despite a significant game advantage, the redemptive goal never came.

With their backs to the wall, Sweden managed 0-0 and then won the group.

Enrique and the players received harsh criticism - and the Spanish national team captain did not directly pay tribute to his opponent.

But tired of meeting Sweden?

- I have never complained about how Sweden played, about how the opposition acts.

I'm not tired of meeting Sweden.

Both teams have their style.

Sweden waited for us, bet on counterattacks.

We stick to our game pattern, he says at Wednesday night's press conference at Friends arena.

Have the eleven ready for you

Enrique likes to throw in his starting elves.

He did the same during the European Championships and Lasse Jacobsson, the national team's guardian of opponents, is highly unsure of which team the Spaniard will match.

- I do not think that they change so much in working methods and so on, but it is more that maybe a new player will come in now that there are seven players who are gone since the European Championship squad, says Jacobsson.

Enrique reveals nothing about which eleven he releases, but he knows how he wants it.