A broken 'no hit' leaving behind 'one out'... Doosan Miranda shutout

Pitcher Miranda of Doosan in professional baseball missed the no-hit no-run record with only one outout. Still, they took their 11th win of the season with a shutout. Byung-min Yoo. 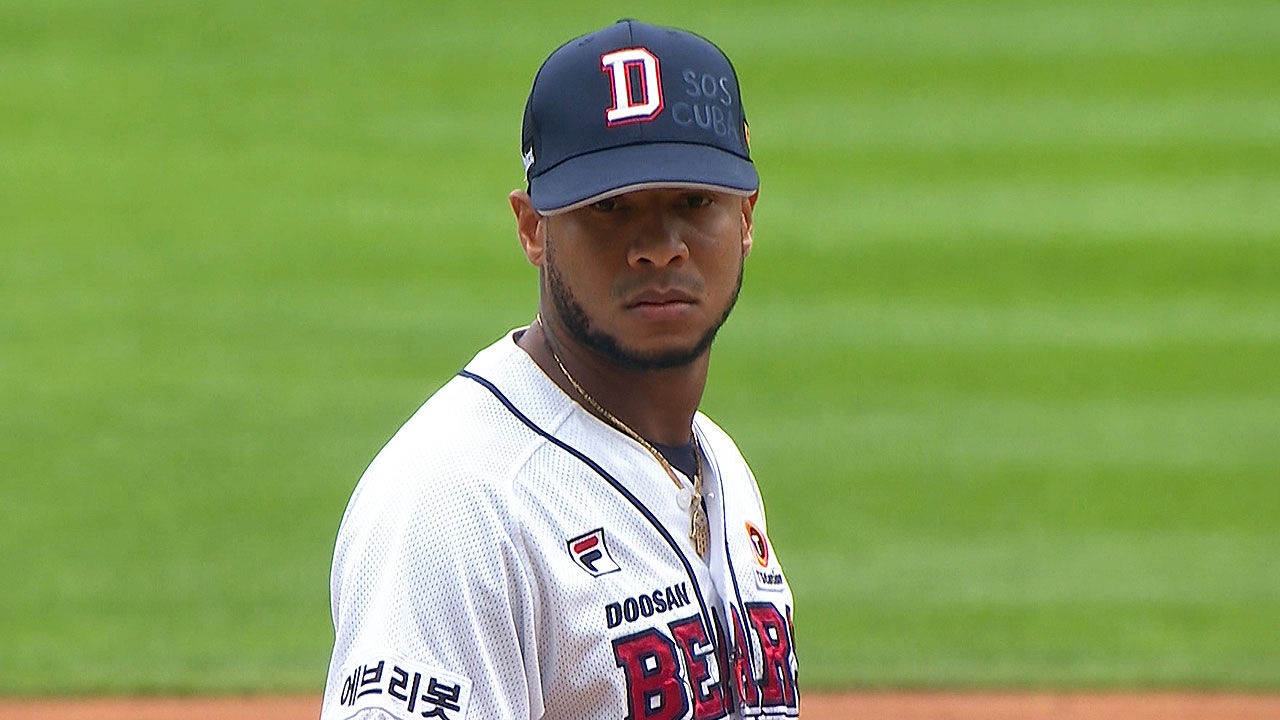 Pitcher Miranda of Doosan in professional baseball missed the record of no-hit-no-run with only one outout. Still, they took their 11th win of the season with a shutout.

Miranda drove the KIA line with a combination of a fastball with a speed of 140 km/h and a dripping forkball.

He gave up one walk in the 4th and 5th innings, but he struck out all the next batters, and in the 6th inning, thanks to the excellent defense of 2nd baseman Park Gye-beom, he continued his no-hitter streak.

Miranda, who struck out nine until the ninth two-out, and left only one out in the no-hit-no-run record, could not get over the last hurdle.

Kim Sun-bin allowed a double on the left wing and conceded the first and only hit.

When the no-hit no-run broke, Miranda smiled and was satisfied with her first shutout victory in the KBO League by dealing with Hyung-woo Choi as a right fielder.

Doosan defeated KIA 5-0 in the first game of the doubleheader and escaped from their second consecutive loss.

In the second leg of the double header, KIA won a dramatic comeback.

NC Kang Tae-kyung started the second game in front of his father, acting coach Kang In-kwon, but he couldn't stand the third inning and was disappointed with three runs.

Leading KT defeated Hanwha with Ho-ing's performance, which made the team rout with a wedge, and Samsung won a rain-cold win over Kiwoom amidst an explosion of other lines.