Jeon Min-jae, a 44-year-old athlete, the sign of the Korean Para Athletics Championships, finished the competition with a pleasant sprint. To her daughter who finished the Paralympic Games, which could be the last, the mother said, "Thank you for doing your best until the end." 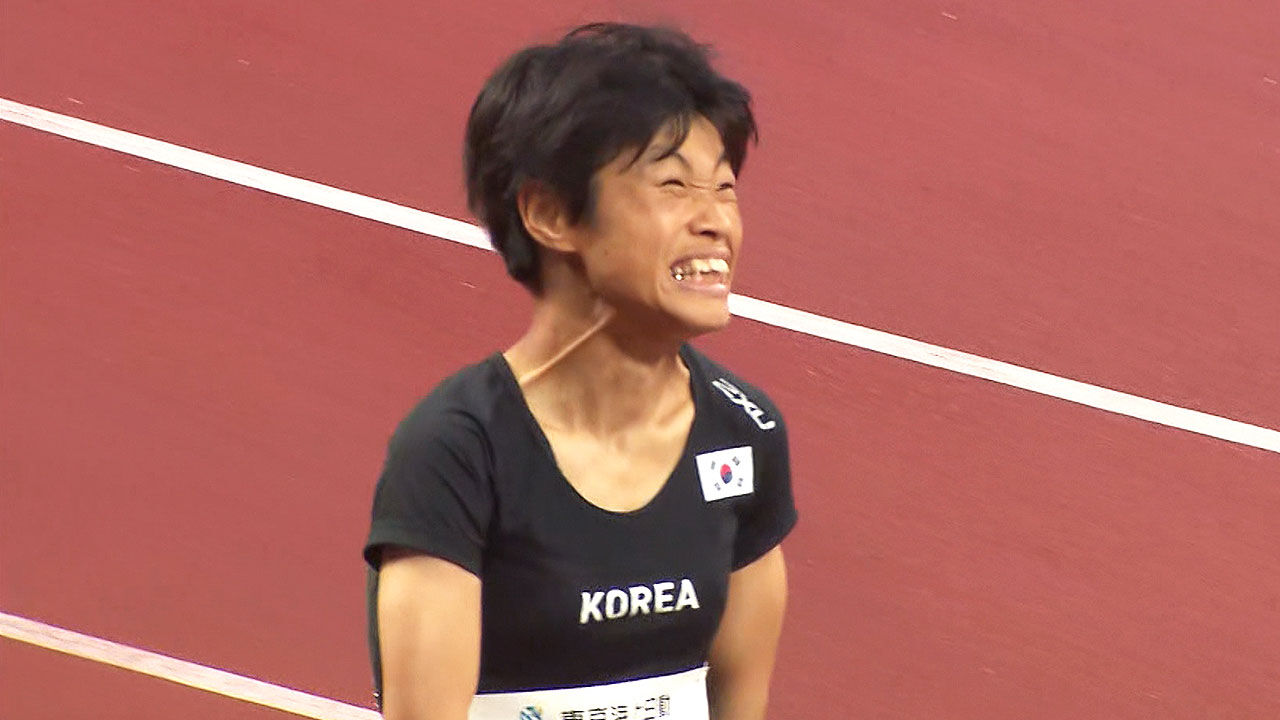 44-year-old Jeon Min-jae, the signboard of the Korean Para Athletics Championships, finished the competition with a pleasant sprint. To her daughter who finished the Paralympic Games, which could be the last, the mother said, "Thank you for doing your best until the end."

This is Lee Jeong-chan, a reporter from Tokyo.

Jeon Min-jae, who won three silver medals in London and Rio Paralympics in sprint despite his short height of 146 cm, is a leading star in athletics for the disabled called 'little giant' and 'smile angel'.

[(At the time of the 2012 London Paralympic Games) Please tell me how happy you are.] When I was

3 years old, I had a fever, so speaking and using my hands doesn't work like my heart.

[(2012 London Paralympic Games) It was very difficult. There were many times when I wanted to give up exercising. ]

It was a little different in this competition, which I participated in at the age of 44.

After crossing the 200m finish line in 4th place, I collapsed.

It was difficult to wear a mask alone, so I rolled my feet and burst into tears, and left the stadium without showing the letter I had written in advance.

In the 100m preliminaries that took place in three days, they finished third in the group and advanced to the finals, and they went on to the final sprint.

Jeon Min-jae, who appeared with a cheerful expression, stood at the starting line with great showmanship.

Jeon Min-jae, who poured everything into competition with players 10 years younger than him, crossed the finish line last and failed to win medals three times in a row.

Jeon Min-jae looked disappointed, but his mother thanked her daughter for playing without regrets.

[Han Jae-young / Jeon Min-jae's mother: Thank you so much for running hard until the end, we just have to wait for him to come back in good health.] Even a

small giant could not escape the time.

However, the sprint and bright smile of the past will be remembered for a long time.