Nilla Fischer wants to return to the national team: "Wants to play"

She turned down the Olympics this summer. Nilla Fischer is now at Peter Gerhardsson's disposal for upcoming international matches and World Cup qualifiers. - Right now it is relevant. I want to play so I will be selected again, says Nilla Fischer to SVT Sport. 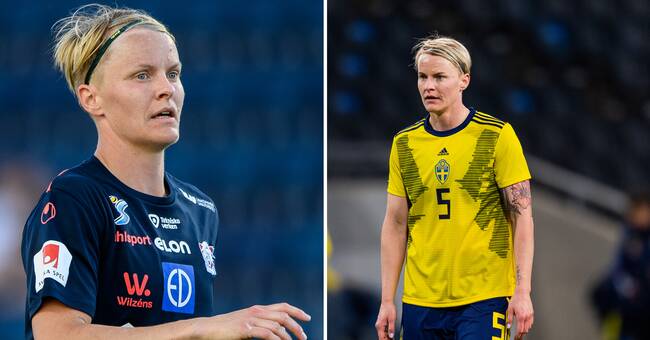 Nilla Fischer is one of Sweden's foremost football players.

She has collected two World Cup bronze and one Olympic silver, but when Sweden won Olympic silver in Tokyo, she was not part of the squad.

And according to the 37-year-old, it was obvious to stand over the Olympics when she got an addition to the family.

Now, however, she opens up for games in the national team during the upcoming gathering.

- Right now it is relevant.

Me and Peter (eds. Note Gerhardsson) would be heard again after the Olympics, and will be heard before the gathering.

But I absolutely want to play so I will be selected again, says Fischer to SVT Sport.

"Gets a craving to play championships"

And despite the focus on this season, she feels a desire to play in the European Championships.

- It is clear that you get the urge to play a championship after this summer, as Sweden did.

It would be fantastic to play a European Championship in England.

And maybe even a final at Wembley?

- It would have been absolutely fantastic, says Fischer.

Peter Gerhardsson is expected to take the squad to the upcoming World Cup qualifiers on September 7.