Who wins the European Player of the Year award?.. All you need to know about the players and coaches nominated for the UEFA Awards

Less than 3 months after their encounter in the Champions League final, the competition between Chelsea and Manchester City will be renewed, but with a special character, as three players from both teams fight for the award for the best European player. 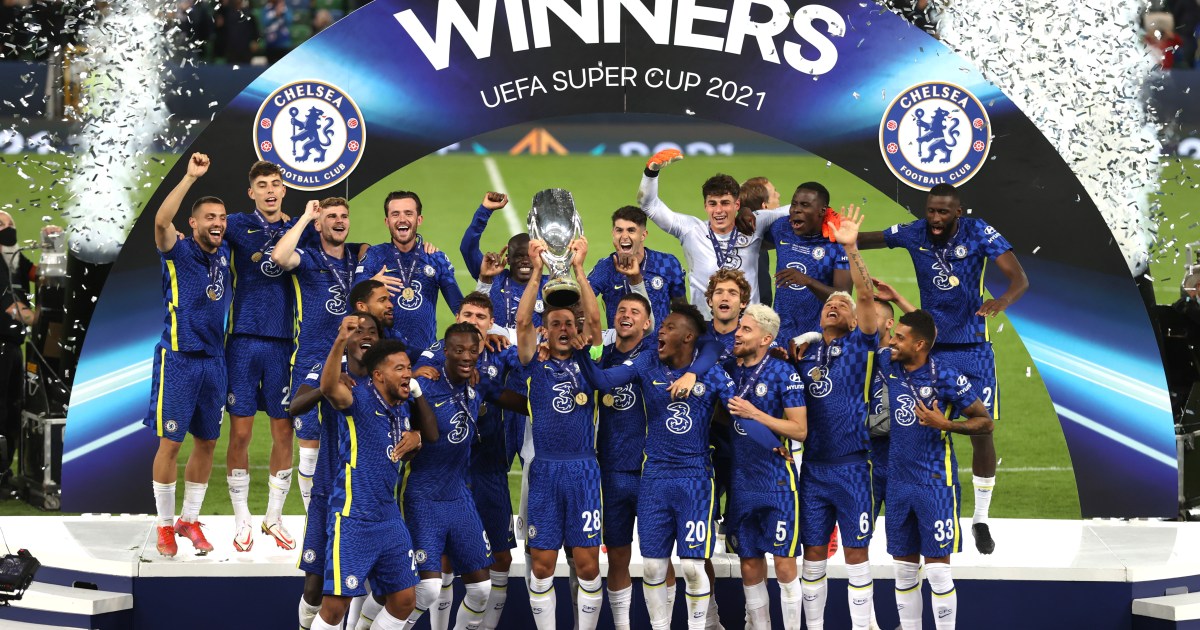 Less than 3 months after the exciting confrontation between them in the Champions League final, the competition between Chelsea and Manchester City will be renewed, but with a special character, as 3 players from both teams fight for the award for the best player in Europe during last season.

The European Football Association "UEFA" (UEFA) will announce its prizes for choosing the best of last season during the ceremony of drawing the group stage draw for the new season of the European Champions League, which will be held on Thursday in Istanbul, Turkey.

Tomorrow, the ceremony will witness the unveiling of the winners of 12 different awards, half of them for men and the other half for women, where awards are distributed for the best player, player, best coach and best women's football coach over the past season.

Awards are also distributed for the best goalkeeper and goalkeeper, best defender and defender, best player and midfielder, and best striker and striker last season.

The award for the best player attracts the most attention among all the awards to be announced, as 3 players who contributed greatly to Chelsea and Manchester City reaching the Champions League final last season, before Chelsea won the title with merit.

From being scouted at seven to becoming a Champion of Europe with Chels, @reecejames_24.

This is his story, in his own words.

For the second year in a row, the final list of nominees for this award is devoid of the two great players, Argentine Lionel Messi and Portuguese Cristiano Ronaldo, after they imposed themselves for many years on the final list with at least one of them on the final list since the award was presented in the 2010-2011 season.

The final list of nominees this year is also devoid of Polish striker Robert Lewandowski, Bayern Munich striker, who won the award in its previous edition (2019-2020).

The three players in the final list that will be selected from tomorrow are:

De Bruyne finished second in the competition for the prize last season behind Lewandowski, and the player deserved to be in the final list for the second year in a row after leading Manchester City to win the English Premier League title and reach the Champions League final last season.

Jorginho played a prominent role in Chelsea's victory in the Champions League last season, and he missed only one game in the team's march towards the title. In history he succeeds in winning both titles in one year.

He played a prominent role in Chelsea's victory in the Champions League last season, and ended his career in the tournament in a great way, after winning the award for best player in each of Chelsea's two matches against Real Madrid in the semi-finals, and also won the same award in the final against Manchester City.

This is the first time in the history of the award that the conflict is limited to 3 midfielders.

In the award for the best coach, it seems very difficult to predict the identity of the winner because each of the three coaches in the final list left an impressive mark during the last season, and the three coaches are:

He led the Manchester City team to win the English Premier League title by 12 points in front of its closest competitors, and also led the team to win the League Cup, in addition to leading the team to the first final in the history of its participation in the Champions League.

Mancini played a prominent role in restoring balance to the Italian national team after taking charge after the team failed to qualify for the 2018 World Cup in Russia until he led the team to winning the Euro 2020, knowing that he also led the team to maintain its unbeaten record in the last 34 games.

After his departure from the French Paris Saint-Germain training, Tuchel made a huge and significant transformation in Chelsea's career last season, as he replaced Frank Lampard in the team's training starting on January 26, and succeeded in lifting the team from poor performance and successive defeats until he led him to win the title The Champions League, to achieve what he failed in with Saint-Germain months before, when he lost with the French team against Bayern Munich in the European Champions League final in the 2019-2020 season.

🤩🧤 Courtois, nominee for best goalkeeper in the 2020-21 UEFA Champions League!

💫 The winner will be known during the group stage draw that will be held in Istanbul on Thursday.@thibautcourtois |

The final lists for the remaining awards are as follows: