Sudden reshuffles: why the Russian national team changed the medical staff two weeks before the match with Croatia

The Russian national football team lost two representatives of the medical headquarters less than two weeks before the match with Croatia in the qualification of the 2022 World Cup. Eduard Bezuglov and Mikhail Butovsky, as well as general manager Evgeny Savin, left the national team. According to media reports, the departure of doctors could be due to a conflict with the new fitness coach Luis Martinez. 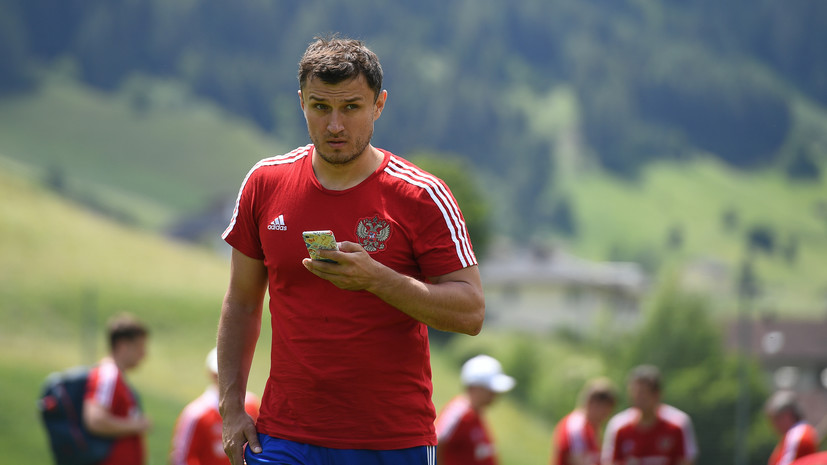 On September 1, the Russian national football team will play its first match under the leadership of a new head coach, Valery Karpin.

At the Luzhniki stadium, she will face Croatia in the qualifying tournament for the 2022 World Cup in Qatar.

Over the past month, the mentor himself and his assistants have been actively working to form the composition, watching and communicating with potential candidates, while personnel changes are taking place at the headquarters.

So, the other day, doctors Eduard Bezuglov and Mikhail Butovsky, as well as general manager Yevgeny Savin, left him.

Rumors about the departure of specialists appeared on Wednesday afternoon, and in the evening an official message was published on the Twitter account of the Russian team.

We thank them for their work and wish them success in their professional careers! "

Subsequently, Savin commented on his resignation on his Facebook page.

He spoke about the experience of working as a translator for Guus Hiddink and Dick Advocaat, as well as the appointment to the position of general manager.

At the same time, he did not talk about what made him leave the post, which he held for nearly ten years.

“In 2012, Fabio Capello became the head coach of the national team - I was offered a promotion, and at that time I became, probably, the youngest manager of national teams. It was a huge advance and trust from the RFU and Fabio. I recall the bright, albeit short, period with Leonid Viktorovich with pleasure - the first experience of working with a Russian coach turned out to be very bright: Slutsky impressed me with his professional and human qualities. Five years of work under the leadership of Stanislav Salamovich is also a very large professional and life school, for which I am immensely grateful to him! The incredible experience and emotions from the home World Cup will forever remain in our hearts. And those who were part of that team, I think, became a family, ”Savin wrote.

On the one hand, nothing surprising happened. The arrival of a new head coach and his assistants often entails personnel changes in other departments. The specialist should feel as comfortable as possible at the new place of work and be surrounded by people with whom it will be easier for him to communicate. And in this regard, such castling may look logical.

On the other hand, the question arises, why did the experts not suit Karpin specifically? Like Savin, Bezuglov has been in office since 2012, and Butovsky since 2014. Consequently, all three were caught not only by the times of Stanislav Cherchesov and Leonid Slutsky, but also by Fabio Capello. And apparently, none of the mentors doubted their competence, which ensured them such a long stay in their posts. As for Eduard, he confirmed his qualifications before the Tokyo Olympics, when he oversaw the recovery process of the future Olympic champion in high jump Maria Lasitskene after a leg injury.

In addition, such permutations seem strange due to the lack of time before the defining stage of the qualification of the 2022 World Cup.

To be left without the medical headquarters and the general manager of the national team two weeks before, perhaps, the key match of the qualifying tournament is a very rash move, even if there is already a worthy replacement by that time.

It is all the more remarkable that in the media, the reason for the departure of Bezuglov and Butovsky is the conflict with the new physical training coach Luis Casais Martinez.

This was reported by the journalist "Championship" Andrey Pankov.

“The Spaniard ... began to interfere with the work of the medical headquarters. Martinez, in a demanding tone, asked doctors to provide him with reports, and also gave recommendations on the treatment and rehabilitation of players. This irritated experienced professionals, who believe that they have the right to regulate and resolve all issues related to the health of the national team players themselves. At the same time, the doctors remained in normal relations with Karpin, ”Pankov wrote in Telegram.

If the information is correct, then the situation is rather strange. It is unlikely that such a negative reaction of doctors could be caused by the desire of a physical training specialist to be aware of the current state of football players. The question is, in what form was it expressed, and if there really was a conflict, could it have been resolved? If not completely, then at least for a while - so that the Russian team can calmly prepare for the confrontation with the vice-champions of the world.

As far as is known, none of the former employees of the Russian national team will remain without work. Savin will focus on his work as director of the RPL competition, while Bezuglov and Butovsky are already working at CSKA and Rubin, respectively. In addition, Mikhail admitted that he will be with the national team during preparations for the September meetings. Apparently, they, together with Konstantin Modenov and Mikhail Vartapetov, will help the doctor of the St. Petersburg Zenit Vladimir Khaitin, who also received an invitation to enter the medical headquarters.

“The decision to leave was made by me.

Nobody fired me, moreover, I received a call for the next meeting.

I am grateful to all the coaches, players and staff.

Now he intends to concentrate on working in the club.

A lot of work awaits me at Rubin, which needs to be done as efficiently as possible, "RIA Novosti quotes Butovsky.

In turn, the honorary president of the Russian Football Union (RFU) Vyacheslav Koloskov believes that the loss of Bezuglov, Butovsky and Savin is a serious problem, but it cannot be called critical.

“There is no tragedy here, but there is nothing good either. Both Bezuglov and Butovsky have worked in the Russian national team for many years, they know the players well, their physiological, functional and psychological characteristics. In addition, the doctor is a special person, usually trusted by the players. And they will first of all tell about their health problems to him. In this regard, the losses of Eduard and Mikhail can be assessed as quite serious. Savin is a key figure. He dealt with organizational issues related to the preparation of the Russian national team. However, it is easier to replace it. Surely the RFU has personnel familiar with the process. In addition, Evgeny probably did not work alone, therefore, his assistants remained, "said Koloskov RT.

Commenting on rumors about a possible conflict between the former doctors of the national team and the newly minted physical training coach, Koloskov noted that there could not have been such incidents in his time.

“The fact is that before the Russian national team did not have its own physical training specialist.

The head coach and his assistant dealt with similar issues.

There was also no physiotherapist or nutritionist on the team.

Therefore, such excesses were excluded.

It must be understood that each coach has his own requirements for the doctor, because this is his closest assistant.

Now a new specialist has come to the Russian national team.

He may have his own selection criteria for this position, ”said the ex-head of the RFU.

He also noted that if Savin's replacement does not have any problems to organize the training camp and the arrival of the legionnaires, then it will be much more difficult for Haitin.

According to Koloskov, several days are clearly not enough to get a complete picture of the condition of all the players.

“As for Savin's departure, there will be no problems.

The Russian national team will hold a training camp in Novogorsk, and there the process has long been worked out to the smallest detail.

The challenges will not be too long either.

It's more difficult with the medical staff.

As I read, Zenit doctor Vladimir Khaitin was invited to replace Bezuglov - an experienced person with enormous potential.

But it is extremely difficult to find out about the condition of almost 30 players in five days, ”concluded Koloskov.