In athletics, the so-called "super shoes" have been given more and more space in the discussion about athletes' achievements. According to the Olympic gold medalist in the 400 meter hurdles Karsten Warholm, it becomes a credibility problem when performance is questioned due to the runners' shoes. "When someone does a great job now, everyone will question if it's because of the shoe," he told Reuters. 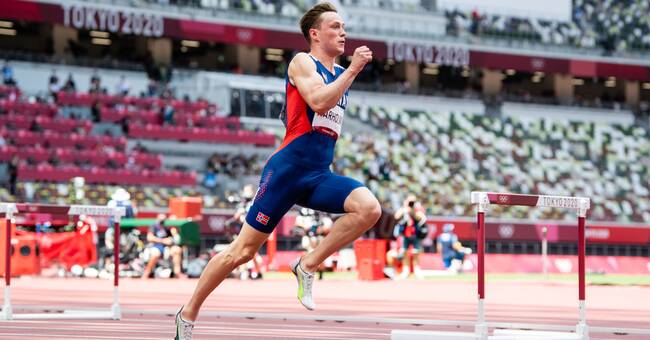 Just as runners are tested for doping after a record race, nowadays the runner's shoes are also sent away for tests in order for the record to be approved.

Now the Norwegian believes that the development of the shoes makes audiences and experts question the runners' own qualities.

"When someone does a great job now, everyone will question if it's because of the shoe, and it becomes a credibility problem," he told Reuters.

The Olympic gold medalist wants the runners to get the credit for the achievements and not the technology.

Whoever then breaks his record in the future should be better than him and not beat him because of better equipment.

- Hopefully someone does the research and hopefully World Athletics is there to protect both the athletes and the audience.

People at home, I do not want them to feel cheated and deceived.

I want credibility, says the Norwegian.

- That's what running is about.

You can compare things, there will always be small differences… But I am for the technology for the development forward, in all sports.

In the Olympic final in Tokyo, Warholm himself ran in a pair of "super shoes" when he broke his old world record.