Football: De Bruyne, Kanté and Jorginho nominated for UEFA player of the year

Midfielders N'Golo Kanté, Jorginho (Chelsea) and Kevin De Bruyne (Manchester City) have been nominated for the title of UEFA player of the year, awarded by the European football body on 2… 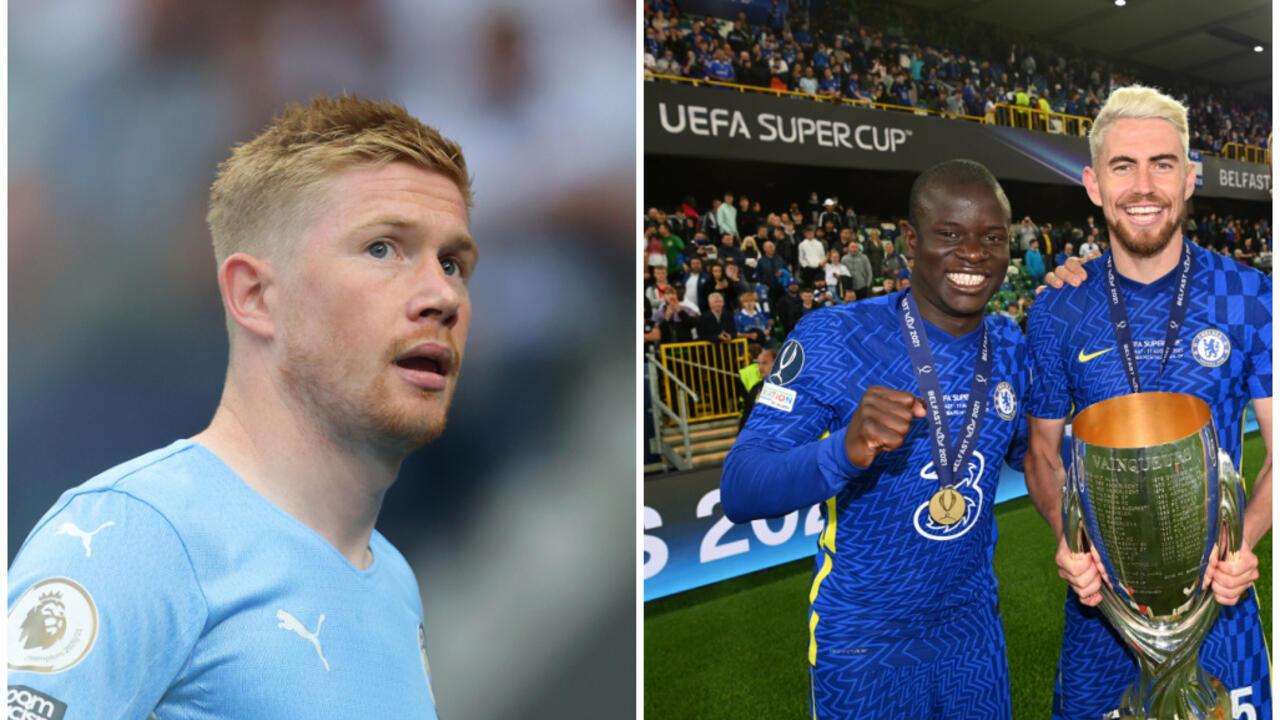 Football: De Bruyne, Kanté and Jorginho nominated for UEFA player of the year

Midfielders N'Golo Kanté, Jorginho (Chelsea) and Kevin De Bruyne (Manchester City) have been nominated for the title of UEFA player of the year, awarded by the European football body on August 26 in Istanbul.

One of them will succeed Polish striker for Bayern Munich, Robert Lewandowski.

As in 2018 with Real Madrid's Croatian Luka Modric, a midfielder will be named UEFA player of the year.

The French N'Golo Kanté, the Italian Jorginho (Chelsea) and the Belgian Kevin De Bruyne (Manchester City) have been nominated for this title?

Frenchman N'Golo Kanté with the Champions League trophy before facing Villareal in the European Supercup in Belfast on August 11.

, the Frenchman even being crowned man of the final after being so in the semi-final first leg and semi-final second leg.

Jorginho rounded off his trophy season with a

, while the Belgian De Bruyne had a great season with Manchester City, being crowned

and playing in the final of the League of champions.

One of these three players, appointed by a panel made up of coaches and journalists, will be awarded on August 26 on the sidelines of the Champions League draw ceremony in Istanbul (Turkey), and will succeed the Polish striker Robert Lewandowski (Bayern Munich).

Kevin De Bruyne wrestling with Jorginho in the Champions League final, in Porto, May 29, 2021. Pool via REUTERS - CARL RECINE

Jorginho, the only one on this list to accumulate a title in the Champions League and the Euro, is the big favorite.

He would thus become the first Italian to receive this award created in 2011.

Edouard Mendy appointed to the goalkeepers

, was not nominated for this distinction, unlike that of best UEFA goalkeeper of the year.

For this award, he competes with the Brazilian Ederson and the Belgian Thibaut Courtois (Real Madrid).

For the best coach trophy, there are also no surprises since Champions League winner Thomas Tuchel (Chelsea), runner-up Pep Guardiola (Manchester City) and European champion Roberto Mancini (coach of the Italy), were selected.

The award for the best UEFA player of the year will be presented to a Barcelona winner of the Champions League: Jennifer Hermoso, Lieke Martens and Alexia Putellas are all nominated for this distinction.